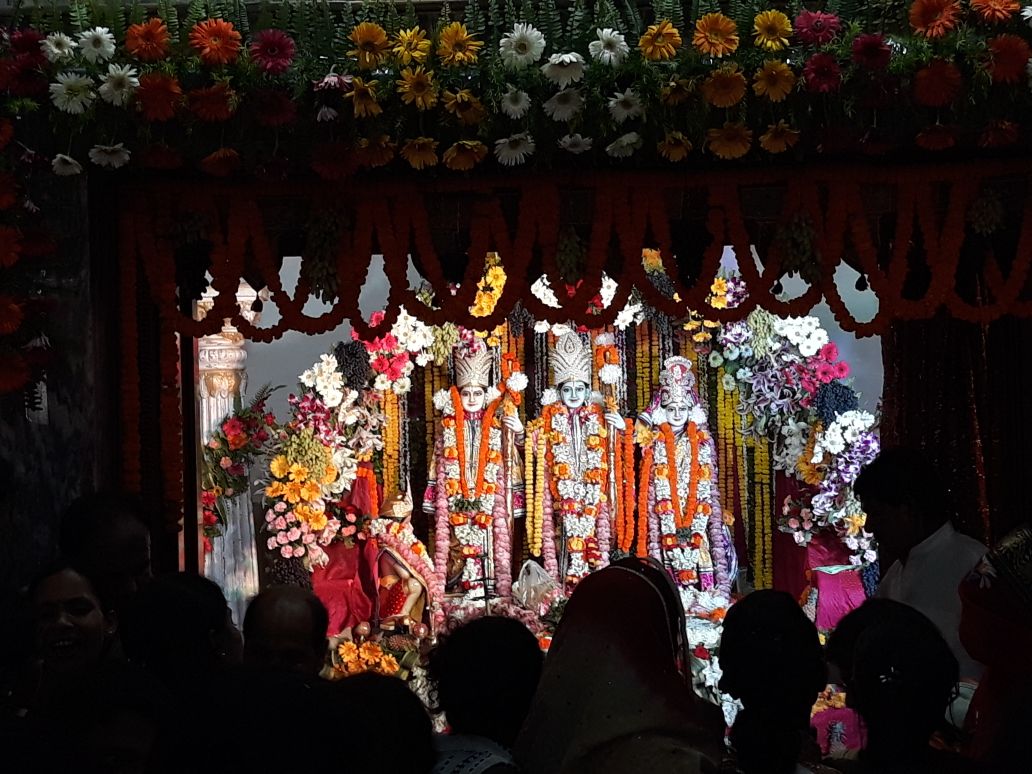 Bhubaneswar: Standing on the verandah of Ram Mandir in Odisha capital, 65-year-old Kalia Panigrahi peeped in through the locked grills at the idols of Sri Ram, Laxman and Sita adorned in best of their attire.

He was among the thousand fervent devotees, who made a beeline for the temple on the occasion of Ram Navami today.

Out in the scorching heat, standing in a long queue, the devotees waited for their turn to have a glimpse of the presiding deities of the temple. One of temple’s oldest management committee members, Mahadev Prasad Sharma said, people started queuing up from as early as 5:30 am. “It will go on until 11 pm,” he said.

“At 5:30 am, we began ‘Mangala Arati’ of Lord Ram, and around 7 am began the rituals of decorating the deities amid chanting of hymns. Navratri, that started on March 18, came to an end today as well. So, we had a ‘hawan’ to complete the rituals,” Sharma said.

It was followed with ‘pushpanjali’. “We offered bundia to the lord, a sweet dish, along with some fruits,” he added.

Various arrangements were made for smooth conduct of ‘darshan’. Around two platoons of police, security guards, scouts and guides students, and other temple management committee members could be seen regulating the crowd.

There are separate queues for men and women, which Shipra Sharma thinks is a great way of avoiding any untoward incident. “Women feel safe too,” she added.

While many were quite happy with a glimpse of Lord Ram, some seemed upset with the arrangements. “We couldn’t have proper darshan and the volunteers were driving us away,” said Sharda, hailing from Maharashtra and working in Bhubaneswar currently.

Amid joy and disappointments, people still bowed their head in front of the deities. After the rush inside, devotees came out and cooled themselves down with fruit juices and ice-creams.

People also offered food and money to the needy sitting outside the temple with a hope that good deeds will bring good fortune.