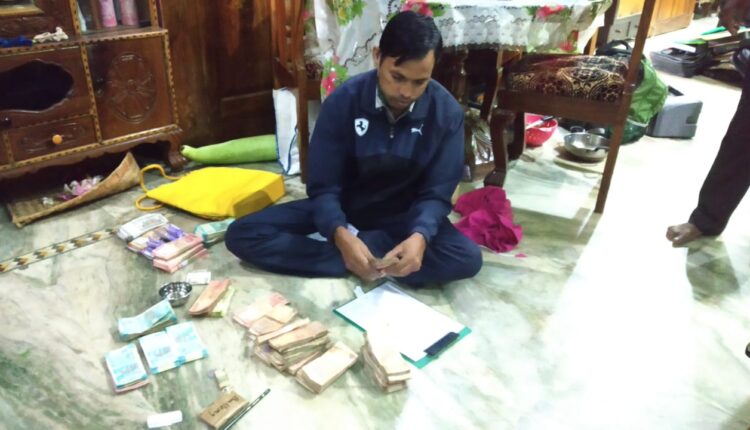 The 4 teams of Vigilance sleuths of Balangir, Sonepur, Sambalpur and Bargarh division conducted simultaneous raids on houses and office of Muribahal ranger Prashant Nayak at 3 different places in Titilagarh on charges of accumulating wealth disproportionate to unknown sources of his income.

Source said that the officials raided the ranger’s residence at Hatapada in Titilagarh, his office at Muribahal and a farmhouse near Belpadar.

The raids were carried out by around 25 Vigilance officials since 6.00 am.

Till the last report came in, the searches were underway by the officials of anti-corruption wing.

Source said that Ranger Prashant Nayak was posted at Bangomunda Forest Range prior to his joining at Muribahal. The Vigilance raided his residences and office suspecting his connection with tainted IFS Officer Abhay Kant Pathak, who was arrested on DA charges last week.