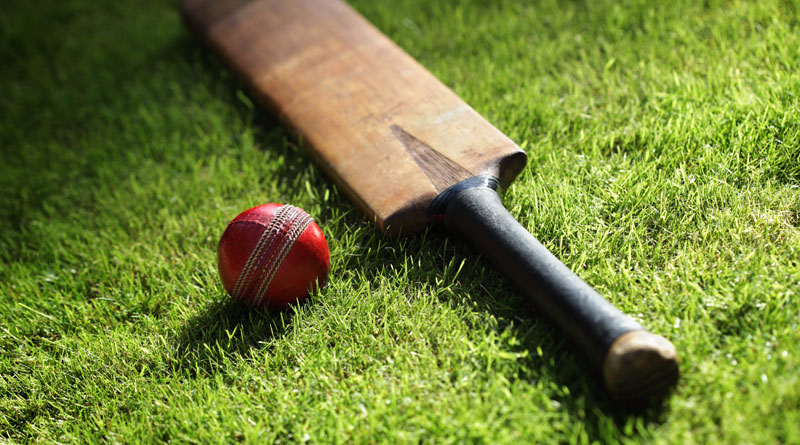 New Delhi: Jammu and Kashmir, and Odisha entered the quarter finals, while Gujarat continued their unbeaten run as Round IX of the Ranji Trophy 2019-20 concluded on Saturday.

Himachal Pradesh did not take more than a session on the fourth day to complete a win over Uttar Pradesh. While Vaibhav Arora picked up five wickets, Rishi Dhawan got three wickets as Himachal Pradesh sealed a 386-run win to bag six points.

Pondicherry pocketed seven points following an innings and a 195-run win over Nagaland. Nagaland, who had resumed the day’s play at 230/7, could only add 24 runs to their overnight score and were bowled out for 254. Santhamoorthy picked up five wickets for Pondicherry in the second innings.

Gujarat, meanwhile, continued their unbeaten run in the ongoing edition of the tournament. The Parthiv Patel-led side registered their sixth win from nine matches as they beat Andhra by eight wickets to bag six points. Axar Patel, who had scalped five wickets at the close of the third day’s play, added two more wickets to his account as Gujarat bowled out Andhra for 258 and then chased down the 30-run target in 9.5 overs.

Andhra, though, managed to secure a spot in the quarter finals after finishing in the top five of the Elite Group A and B.

Haryana’s lower order played a vital role as they beat Jammu and Kashmir by two wickets to cap off a season with a win. J & K, though managed to secure a place in the quarter finals despite the defeat. Needing 224 runs to win, Haryana were 119/7. But Rohit Sharma, who scored 75, Jayant Yadav, scoring 13, and Rahul Tewatia, scoring 27*, helped Haryana cross the finish line.

In Baramati, meanwhile, Maharashtra defeated Uttarakhand by 67 runs to bag six points. Uttarakhand, who resumed the day’s play at 103/2, lost eight wickets for 99 runs to be bowled out for 202. Satyajeet Bachhav and Ashay Palkar picked up three wickets each to help Maharashtra secure their fifth successive win.

At the Arun Jaitley Stadium, Delhi pocketed three points on the back of a first-innings lead against Rajasthan. Delhi, who had scored 623 in the first innings, had enforced a follow-on after bowling out Rajasthan for 299. Rajasthan, in their second innings, scored 345/6 before the teams decided to settle for a draw.

Chhattisgarh, facing Services in Raipur, put up a solid show with the bat in the second innings and denied Services a chance to seal a win. Chhattisgarh had conceded a 219-run lead, but went on to score 586/3. While Anuj Tiwary scored 100* and skipper Harpreet Singh Bhatia scored 192, Jiwanjot Singh amassed 236 runs before the teams decided to settle for a draw.

The Sikkim versus Bihar game in Cuttack ended in a draw, with Bihar picking up three points on the basis of their first innings lead of 33 runs. Bihar scored 417/8d on the back of Babul Kumar’s 195 in the second innings. Sikkim then batted for 31 overs and scored 69 runs, losing a wicket before the teams decided to shake hands.

In Guwahati, the Assam-Tripura match ended in a draw. Tripura, after scoring 497 in the first innings, had secured a 214-run lead. In the second innings, Tripura posted 166/7d on the board, setting a 381-run target for Assam. The teams shook hands after Assam reached 180/5 and Tripura walked away with three points.

At the Wankhede Stadium, Mumbai had to settle for three points in their final game of the season as Madhya Pradesh showed solid resilience to deny Mumbai an outright win. Aditya Shrivastava scored an unbeaten 130 while Mihir Hirwani scored 69 as Madhya Pradesh scored 314/6 in the second innings.