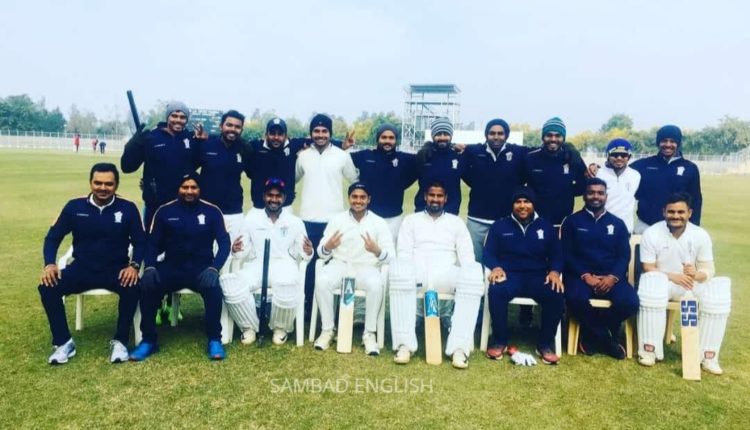 Bhubaneswar: The Ranji Trophy match between Odisha and Haryana at the Chaudhary Bansi Lal Cricket Stadium in Rohtak was a nail-biter as the visitors defeated the hosts by a narrow margin of one wicket and topped the Elite Group C points table.

Stage was set today for a close contest as final day of the match commenced with Odisha requiring 32 runs to win and Haryana being 3 wickets away from victory. Though Odisha lost two wickets in quick succession, they achieved the target with one wicket to spare.

Winning the toss and opting to bat first, Haryana had scored mere 90 runs. Odisha replied with 160 taking a significant lead of 70 runs. Haryana managed to post 248 in the second innings and set a target of 178 for Odisha.

Odisha’s Suryakant Pradhan was adjudged as the man of the match for picking up 11 wickets, 6 in the first innings and 5 in the second.

With the victory, Odisha secured the top spot of the Elite Group C points table with 28 points.