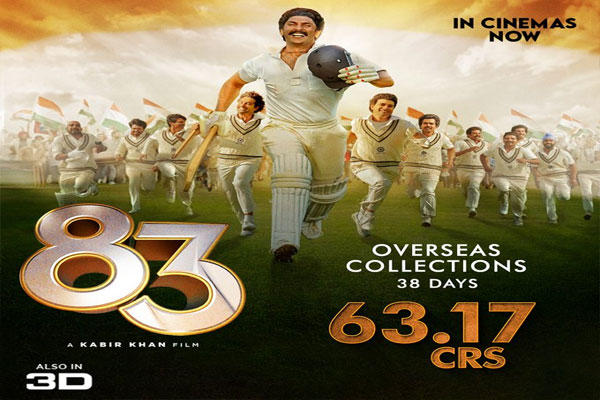 Mumbai: Ranveer Singh starrer sports drama ‘83 is taking the broadcasting route before it makes its way to the digital medium. The film, directed by Kabir Khan, earlier found itself in troubled waters as the third wave affected its theatrical run.

The plan to give preference to broadcasting format over streaming seems to be wired with the nostalgia factor of an entire generation, an audience group which primarily is found on the medium of television.

The film will premiere on Star Gold on Sunday, March 20 at prime time, 8 PM. In addition, to celebrate the nostalgia of an incredible win in the 1983 Cricket World Cup, the channel will be offering brands the chance to replay some of their memorable and iconic TV ads during the premiere.

Rain, thundershower likely in several Odisha dists from Feb 24 to 26