Rapid spread of COVID-19 due to Omicron’s immunity evasion: Study 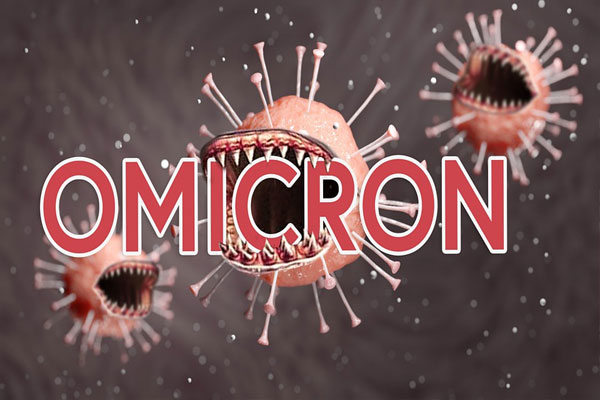 New York: Two new studies, not yet peer-reviewed, have shown immune evasion is the reason behind the Omicron variant’s increased transmissibility.

The Omicron variant, first reported from South Africa and Botswana in late November, has now been detected in 171 countries so far.

In many countries it has rapidly surged past other variants to become the dominant SARS-CoV-2 strain.

The two studies show that the variant has achieved success despite causing viral levels in the body that are similar to — or lower than — those of its main competitor, the Delta variant, Nature reported.

Omicron does not release large amounts of virus from infected people. The reason for its hyper-transmissibility stems from its ability to evade SARS-CoV-2 immunity caused by either vaccination or past infection, Emily Bruce, a virologist at the University of Vermont in Burlington, was quoted as saying.

In the first study by Harvard T. H. Chan School of Public Health in Boston, the researchers studied PCR-test results of nose and throat swabs collected from infected individuals and found that those who had Delta had a slightly higher peak viral load than did those with Omicron.

“Naturally, you’d think that higher transmissibility must cause a higher viral load,” Benjamin Meyer, a virologist at the University of Geneva in Switzerland, was quoted as saying.

As a result, Meyer and team in their study measured only viral RNA. They also measured the number of infectious virus particles on swabs collected from a separate group of almost 150 infected people. This more stringent method found no significant difference between the viral loads of vaccinated individuals infected with Omicron and those infected with Delta.

Further, the team also examined samples from people who had been vaccinated but nonetheless became infected with Delta. They found that about half of the samples still held infectious virus five days after the individuals tested positive, the report said.

Similarly, Harvard researchers also found that five days after an initial positive test for Omicron, about half of tested individuals had viral loads high enough that they were probably still infectious.

Such results are concerning, because guidelines published by the US Centers for Disease Control and Prevention (CDC) allow people infected with the virus to end their isolation five days after either testing positive or experiencing their first symptoms, said Yonatan Grad, an infectious-disease specialist at Harvard.

Brad’s team also found more variability in viral load in individuals infected with Omicron than in people infected with Delta. “That means there’s no clear ‘one size fits all’ approach,” he noted.

Explained: Omicron in community transmission stage and its impact