(Dr. Ashutosh Mohapatra is one of the few Indian gastroenterologists to get an invitation from the Japan Government for enhancing and modernising the diagnosis and treatment process of Early Gastric Cancer.) 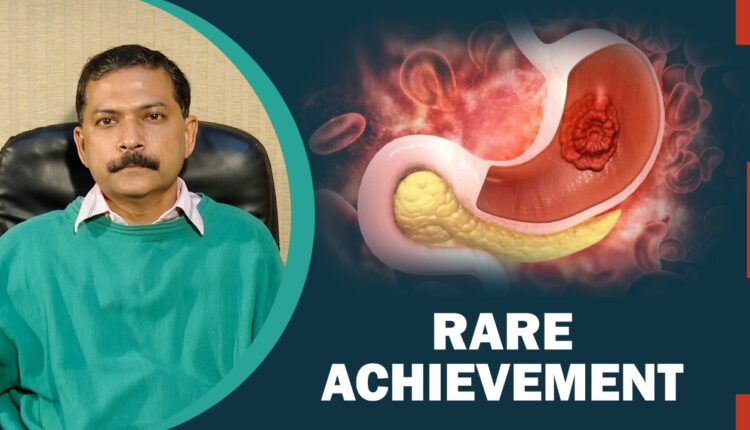 Establishing and providing worldclass expertise in gastroenterology health and treatment is indeed a major matter of concern not just in Odisha, but the country. Prioritising this objective, Dr. Ashutosh Mohapatra, Founder of the Sai lnstitute of Gastroenterology and Liver Sciences located in Bhubaneswar has been successful in receiving the ‘Medical License’ from The Ministry of Justice, Govt of Japan for further enhancing and modernising the diagnosis and treatment process of Early Gastric Cancer (EGC).

This achievement is rare and only three Indian gastroenterologists have been able to get this license. Dr. Mohapatra, on an invitation from the Japan Government and with the entitlement of the medical license, had recently visited several medical Institutes and hospitals in Japan and other Asian countries and got substantive clinical experience and expertise.

In 2016, Dr. Ashutosh Mohapatra received prolonged and complete, both intensive and extensive training from National Cancer Centre, Tokyo and Osaka International Cancer Centre on Early Gastrointestinal Tract Cancer on the mentined area. As a result, he has been sucessfully detecting EGC and has established himself as an expert in the field.

In an exclusive coversation with Sawsthya Sambad, Dr. Mohapatra said, “Early Gastric Cancer was discovered by the Japanese and they have a major advancement about this paticular detection of cancer at the earliest stage. It is the Americans and Europeans who visit Japan to get themselves trained. I feel fortunate about the fact that after training for many months in Japan, I have received licence and got an invitation by The Ministry of Justice, Govt of Japan to practice my skills and contribute to the research as far as EGC is concerned. EGC is the need of the hour because Prevention is better than Cure.”

Accurate prognosis for gastric cancer is critical since it depends on its stage and its detection in the reasonably early stage when complete and curative removal is possible. With a sound understanding of the basic findings of the white light endoscopy, doctors can diagnose early gastriccancer. Very precise, accurate and timely diagnosis is made possible by upper endoscopy which is considered to be the golden standard test by most endoscopists globally.

Sai Institute of Gastroenterology and Liver Sciences provides advanced cancer detection facilities like the endocytoscope, only one that is avallable in the entire Eastern India. Dr. Mohapatra’s recent training in Japan on Early Detection of Gastroenterlogy Tract Cancer has advanced the diagnosis process and is helping  patients from all around the coutry.