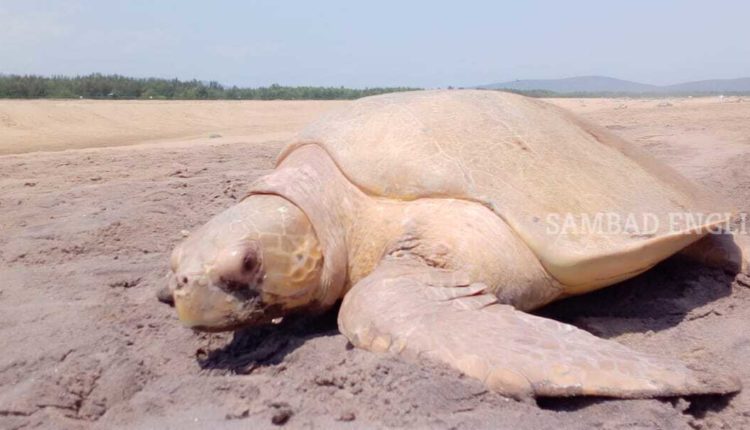 Berhampur: Amidst mass nesting of endangered olive ridleys for the first time in this year at the Rushikulya River mouth, forest officials were stunned to find an extremely rare albino turtle at the coast in Odisha.

The appearance of albino turtle at Ganjam coast is a rare occurrence. Such type of turtle species had never been found here before, said Berhampur Divisional Forest Officer (DFO) Amlan Nayak.

The rare turtle was spotted on Podampeta beach during mass nesting of olive ridleys on March 21.

Albino turtle is an extremely rare species. The colour of its eyes and body appears pink. It weighs upto 50 kg, said a wildlife researcher.

Official source said that by March 24, total 72,142  olive ridleys have dug up nests in the sand to lay their eggs.