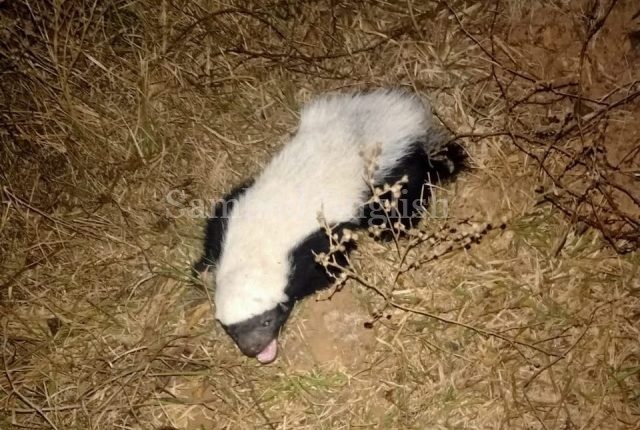 The male baby bear appears white in colour with black spot on its face. It is assumed to be aged around 2-3 months.

According to reports, the baby bear was spotted by some youth at a cricket ground at Janla on Thursday night. Initially, they presumed the animal to be a dog due to its structure. Later, they found it as the bear.

Interestingly, the baby bear came to them instead of running away out of fear.

Later, the youth informed the officials of Khordha Forest Division about the rare animal.

Reports said that a dense forest with cashew plantations is situated adjacent to the cricket ground.

The mother of the baby bear is presumed to be residing inside the forest and it might have come outside the wildlife habitat after it lost direction. It is also suspected that the mother bear might have left her baby at the ground out of fear after seeing humans.

Ranji Trophy: Shubman ‘abuses’ umpire after being given out, decision overturned