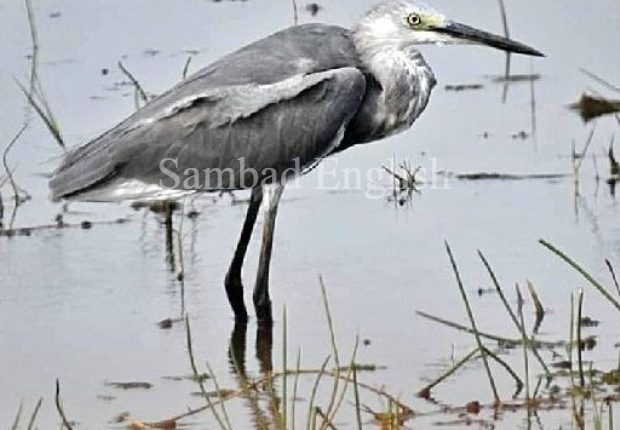 Khordha: Amid COVID-19 pandemic situation, there is good news for wildlife lovers as a very rare type of bird species has been spotted at a wetland for the first time in Odisha.

The dark coloured with a white throat western reef-heron also called western reef egret was found by a guide namely Madhu Behera at Mangalajodi area situated at the northern edge of Chilika Lake.

The guide spotted the winged guest yesterday while he was monitoring the activities of birds at the wetland.

According to Behera, he had seen the particular bird species last year at the same area, but had paid no attention to it. After clicking a few photographs of the bird yesterday, he had discussed with some bird field guide personnel following which he was confirmed that the bird was western reef-heron.

Primarily a coastal inhabitant, though the western reef-heron birds are found at some inland water bodies in southern Europe, Africa and parts of Asia and India, it was never found in Odisha.

The particular bird species is found in two plumage colour forms — all white morph and dark grey morph. The morphs can also occur with intermediate shades of grey as per the age. The white morph generally looks like little egret. However, the bird spotted at the wetland has a larger and curved beak, Behera said.

These school students will not get textbooks in Odisha. Know Why