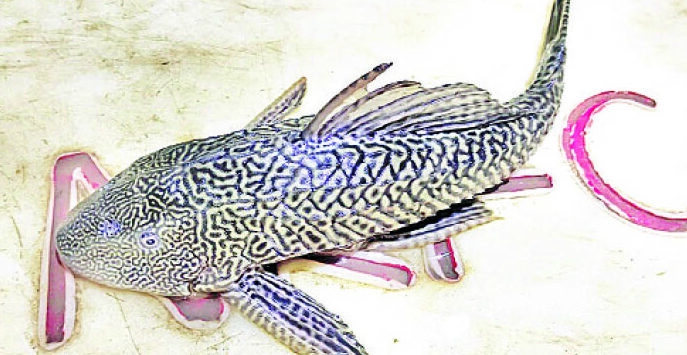 Bhadrak: A rare catfish has been found in Chandbali area in Bhadrak district of Odisha.

A fisherman namely Krishna has preserved the fish in a tub at his home without selling it in the market.

The fisherman said that he found the fish on a road during flood in the Baitarani River last month.

The riverine fish is assumed to have been migrated to Odisha coast either due to climate change or in search of food, the marine experts opined.

The catfish is mostly found in freshwater habitats in South America, Asia and Africa lacking scales and having cat-like whiskers around its mouth.

Why are ‘such’ girls found dead in cane & millet fields, asks BJP leader