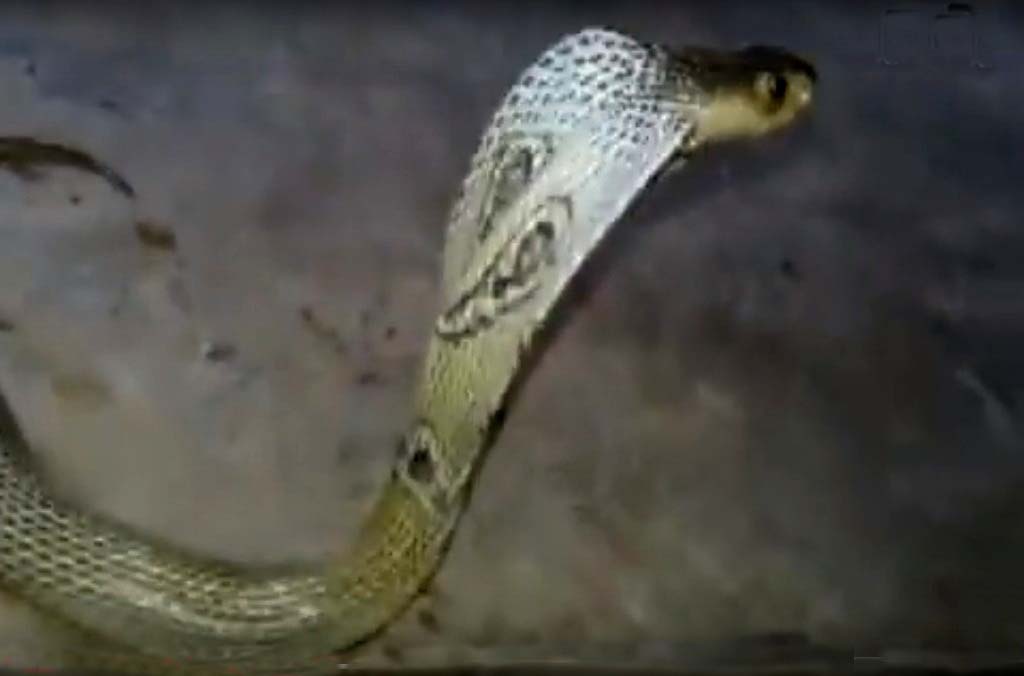 Baripada: A rare species of Indian cobra was rescued from the premises of a local court in district headquarters town of Odisha’s Mayurbhanj, sources said today.

A team of experts from Similipal Tiger Reserve (STR) rescued the serpentine from the premises of district court here yesterday.

“I haven’t seen such a rare species of snake since I am into the profession. The snake bears a spectacle and Damaru mark on its head, which is quite rare,” member of the rescue team Krishna Chandra said.

Notably, Indian cobras (Naja naja) bear a spectacle mark on their hood. The rescued snake having spectacle mark and Damaru (two-headed drum) on the back of its body has left many astonished.