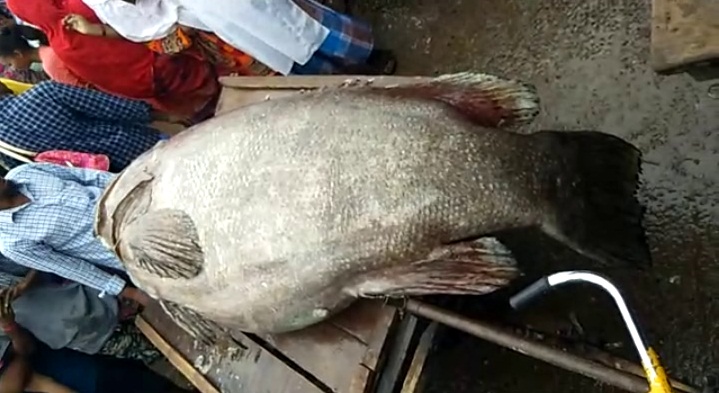 Bhadrak: A rare fish namely ‘Kaibalya’ weighing approximately over 150 kg was found in deep sea of Bay of Bengal near Dhamra port off Odisha coast yesterday.

The fish was transported to Kolkata for sale. However, it could not be measured because of heavy weight of the rare species of fish.

Later, it was auctioned at whopping Rs 32,000. A local pharmaceutical firm won the bid and exported it to Kuwait.

According to reports, the rare fish Kaibalya was spotted by 12 fishermen during fishing on a boat owned by Ramesh Nayak on Wednesday.

“As the fish could not be measured in Kolkata, it was auctioned for Rs 32,000. But, it’s price is estimated to be around Rs 1 lakh,” said the boat owner.