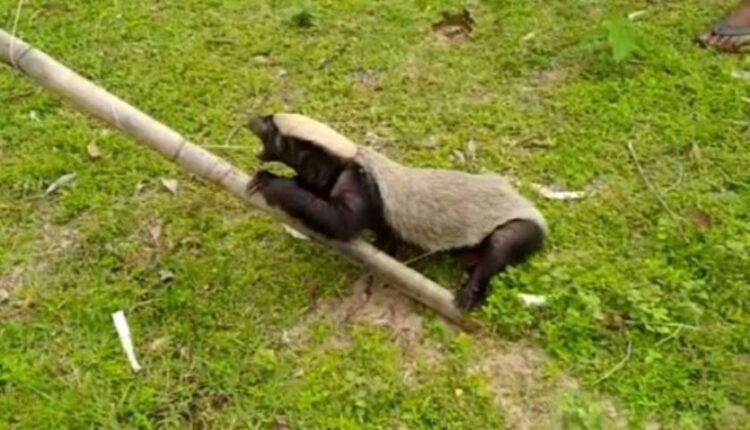 Bhubaneswar: In a rare incident, a honey badger or ‘Ratel’ was spotted in Mahal village under Kujang forest range in Jagatsinghpur district of Odisha, said a forest official on Thursday.

The honey badger was sighted inside a beetle vine near the village late at night on July 6. The villagers spotted the rare honey badger in the morning and were afraid of the creature, the official said.

As it is rarely documented in coastal districts like Jagatsinghpur, the villagers got frightened. Therefore, the villagers have been told not to cause any harm to this ‘Ratel’ as this is a small carnivore which feeds upon insects, eggs of birds, small rodents, snakes and frogs, he said.

‘Ratel’ or honey badger or (‘Gadabhalu’ in Odia) is a small carnivore present in most parts of the country in very low density. It is a schedule 1 animal under Wildlife Protection Act, 1972.

The animal was very rarely sighted in Odisha although often documented in Similipal through camera traps. More awareness will be created for the conservation of this small rare non-harmful Ratel species in Odisha, forest department sources said.