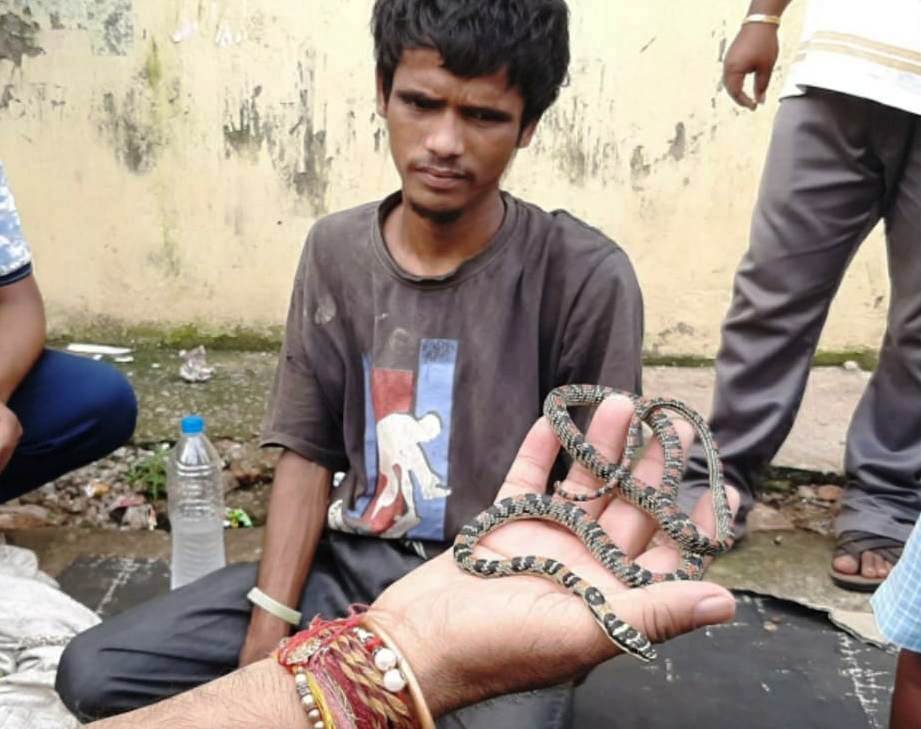 Bhubaneswar: An ornate flying snake, which is one of the rare species of snakes, was rescued from the Bhubaneswar railway station, today.

The reptile was reportedly being trafficked in a train from Asansol in West Bengal. Passengers spotted the snake and informed the Snake Helpline.

Later, Forest Department officials reached the station and rescued the animal. Two persons have been detained for their alleged involvement in the trafficking. The snake has been released into Chandaka forest.

Notably, the species is protected under the Wildlife Protection Act. Ornate flying snakes can glide in a very short range through a parachute-like effect by extending their ribs and pulling in underside.