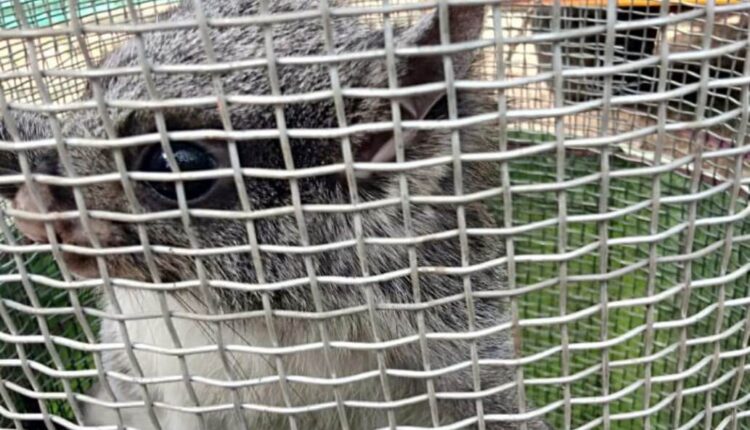 Umerkote: The Forest personnel rescued an endangered species of Flying Squirrel, scientifically known as Pteromyini or Petauristini, from the backyard of a house in Taraguda village under Umerkote block of Nabarangpur district today.

Initially, some villagers spotted the Flying Squirrel at the house backyard of a villager in Taraguda. As the villagers had not seen such an animal before, they immediately informed the local Forest personnel.

Forest Officer Purnachandra Naik said Flying Squirrels were spotted in the area earlier. As there has been change in environment, slowly the number of such species is declining. Usually Flying Squirrels are nocturnal.