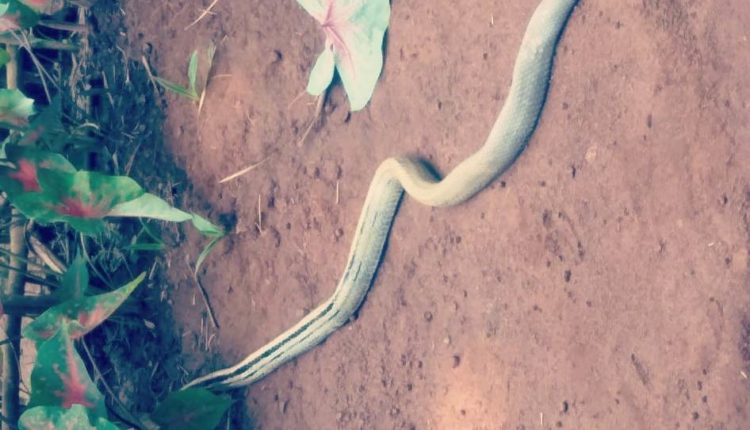 Mayurbhanj: A rare species of a trinket snake was slingshot to death by the locals of Girishchandrapur village in Bahalda block under Baripada forest range of Mayurbhanj district today.

The dead snake was recovered by the forest officials who have begun an investigation into the incident.

The Trinket, a species declared endangered under Schedule-2 of Wildlife Act, was about nine-foot-tall and believed to be aged over 10 years.

It is pertinent to mention that such incidents have become very frequent in the area in the recent times. When asked, the Divisional Forest Officer (DFO) said that he was aware of the matter and will initiate a  thorough inquiry to ascertain the circumstances under which the rare reptile was killed.

JEE-Mains to be held from July 18-23, JEE-Advanced in August: HRD minister