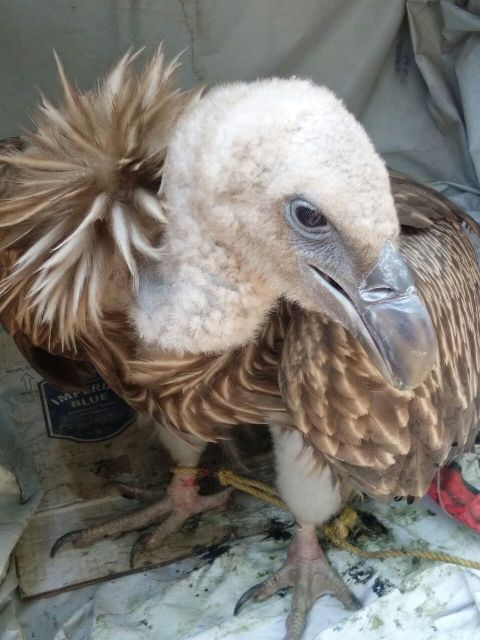 Bhubaneswar: A rare species of endangered vulture, which was rescued from Baripada in Mayurbhanj district, was brought to Nandankanan Zoological Park here.

The species identified as Himalayan griffon vulture is around 5 years old at age. It has been kept in quarantine at campus of the zoo. The gender of the vulture is yet to be identified. With the species, the total number of vultures is now four at Nandankanan.

According to reports, the vulture had fallen into ground after a long flight for searching food. The forest officials rescued the scavenging bird of prey and sent it to Nandankanan zoo, on outskirts of Bhubaneswar, on Sunday.

Such species of vulture is usually found in the Himalayas and the adjoining Tibetan Plateau.

Earlier, Himalayan griffon vultures were rescued in different locations including Puri, Pipili, Brahmagiri and Balasore and brought to Nandankanan.