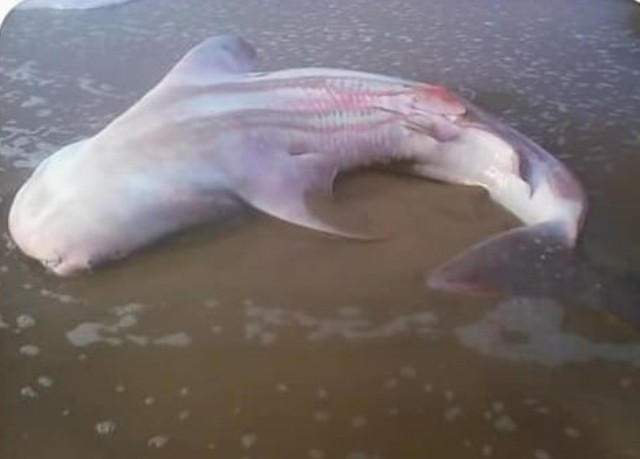 Berhampur: An extremely rare whale shark was spotted at the coast of Ganjam district here on Sunday morning.

The largest fish was found in unconscious state on Pati Sonepur sea beach in Berhampur.

The locals rescued the fish and released it into the sea water. This is for the third time, the whale shark was found off Ganjam coast since 2010.

According reports, few locals spotted the 9-10 ft-long whale shark that weighs aound 400 kg at 6.00 am lying in an unconscious state on Pati Sonepur sea beach. After 40-minute efforts, they finally rescued the largest fish and released it into the sea.

The whale shark was sometimes found in Pati Sonepur and Gopalpur sea area. However, no arrangement has been made by the forest department for protection of such species and collecting more data about it, said Berhampur Forest Division Officer Ashish Kumar Behera.

Earlier, the whale shark was first spotted in Gopalpur sea in 2010. The fish was found second time near Gopalpur port in 2016.

The whale shark known as Rhincodon typus is a slow moving and filter feeding carpet shark of extant fish species. It is found in open water of the tropical oceans and is rarely found in water below 21 °C.

After Delhi, Muktikanta launches Padayatra to Odisha Capital. Here’s why