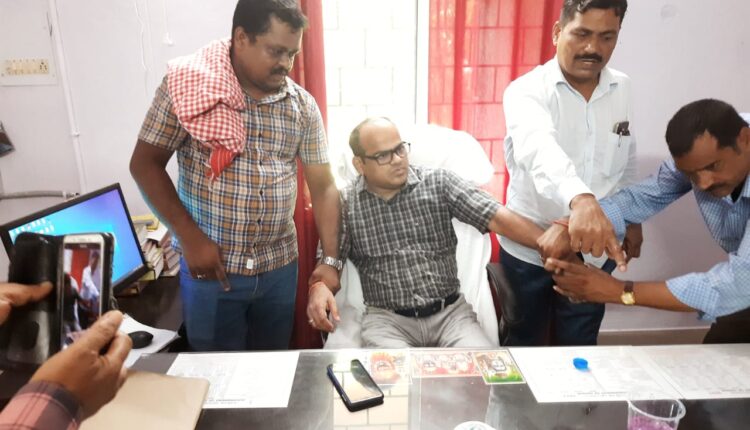 Rout was apprehended along with Bhanjakia Amin Kamal Lochan Patra, presently working in Raruan tahasil office, over the charge of accepting the bribe from an accuser for issuing Patta (Record of Rights) of the complainant’s landed property, a senior Vigilance official in the team said.

“The bribe amount of Rs 15,000 was an installment against overall demand of Rs 40,000. Entire accepted bribe money has been recovered from tahasildar Rout and later seized. Following the trap, simultaneous searches have been launched from DA angle on properties linked to Rout at four different locations and associated with Patra at one location respectively,” the senior Vigilance official stated.

Balasore Vigilance PS Case (No-19/2022, U/s-7 of the PC Amendment Act, 2018 has been registered in this connection. A detailed probe is underway against both the accused Rout and Patra.

Details of the properties seized by Vigilance are still awaited.