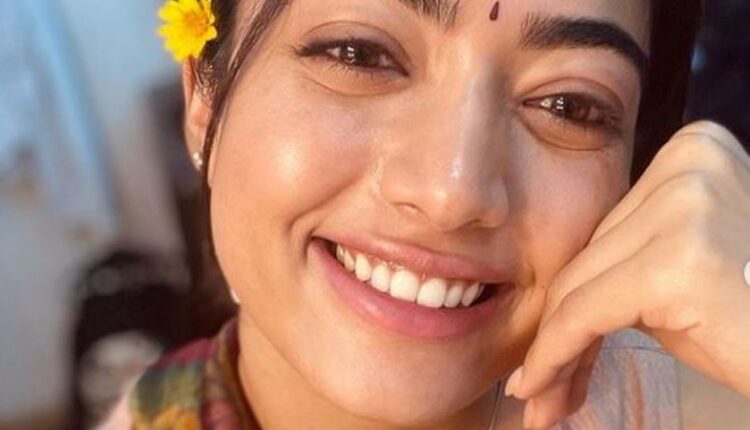 Hyderabad: Bengaluru-based actress Rashmika Mandanna, who has been busy with back-to-back movies in multiple languages is one of the most happening heroines in the South.

With her upcoming Bollywood entry, Rashmika becomes quite famous in the North too. Topping the most influential actors list by Forbes India, Rashmika has beaten Samantha, Vijay Deverakonda and Yash.

Recording a high growth rate in the number of followers on her social media pages, Rashmika Mandanna, who stars in Telugu and Kannada movies occupies the top spot on the list of the ‘most influential actors’.

Vijay Deverakonda, who shot to fame with his movies ‘Pelli Choopulu’ and ‘Arjun Reddy’, is second on the list, followed by Kannada’s most happening handsome hunk Yash. Samantha Ruth Prabhu occupies a fourth place on this list, followed by Allu Arjun.

The metrics considered are the average likes, average comments, engagement rate, average video views, and the follower count on the social media profiles of the celebrities. This influence is calculated and represented through ‘Qoruz Score’, which is out of 10. Rashmika scores 9.88, while Vijay Deverakonda earned 9.67. Yash’s score is 9.54, while Samantha’s score is 9.49, followed by 9.46 scored by Allu Arjun.

Forbes has considered the Instagram activity of the popular celebrities from the Telugu, Tamil, Malayalam, and Kannada film industries over their most recent social media posts as of September 30.

Rashmika Mandanna is playing a rural girl in Allu Arjun’s upcoming action-drama ‘Pushpa’, while she is to appear in Sharwanand’s ‘Aadavally Meeku Joharulu’ soon.