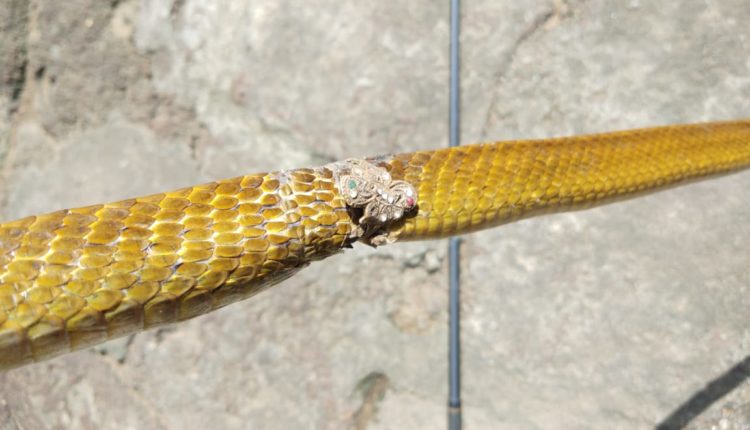 Banki: A rat snake sustained injuries after getting trapped in a finger ring here in Odisha’s Cuttack district.

The injured snake was rushed to the Veterinary Science and Animal Husbandry of OUAT in Bhubaneswar in critical to cut free.

The incident was reported from Charchika Sahi in Banki area.

According to reports, a 3-ft-long rat snake had entered into a house of one Raja Mohapatra. After spotting the snake inside house, the panicked family members had informed the snake helpline.

On receiving the information, a snake helpline member reached the spot and rescued the snake. During rescue operation, the snake catcher found injuries on its body caused due to a finger ring.

Sources said that the snake sustained injury after its tail portion got trapped in a metal ring.

The snake helpline member took the snake to the OUAT to save it by chopping the ring off without hurting it.