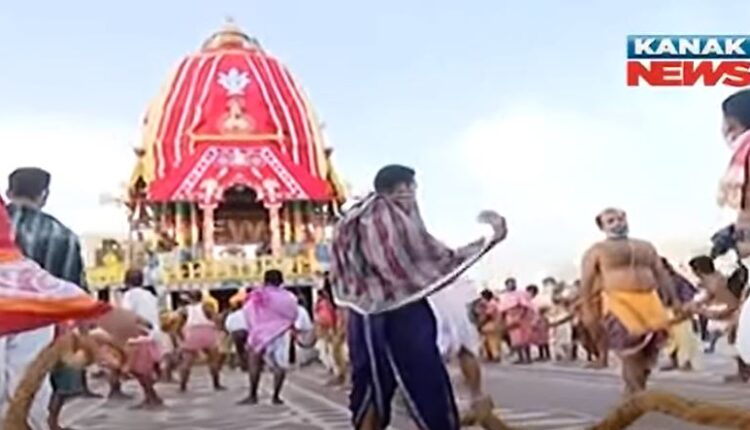 The ‘Ratha Pratishta’ ritual will be observed at 6:45 am. ‘Pahandi’ of the deities will begin at 7 am and conclude at 10 am.

‘Chhera Panhara’ a major ritual of the annual festival will be from 11.30 am to 12.15 pm. Servitors will attach horses and charioteers to the three chariots from 11:45 am to 12:30 pm. Pulling of the three chariots will begin at noon.

Following this, the Odisha government declared a shutdown in Puri district from 9 pm today till 2 pm on June 24.