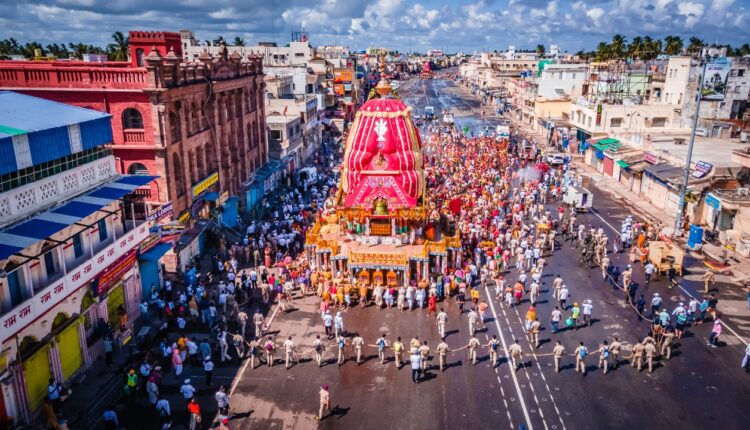 Puri: Three divine chariots carrying Lord Jagannath and His Holy Siblings Lord Balabhadra and Goddess Subhadra rolled on the Bada Danda (Grand Road) to the Gundicha Temple in Puri for the second successive year in absence of devotees on the auspicious occasion of Ratha Jatra today.

As per the order by the State Government, the annual Ratha Jatra was held only in Puri without devotees in view of prevailing COVID-19 situation. 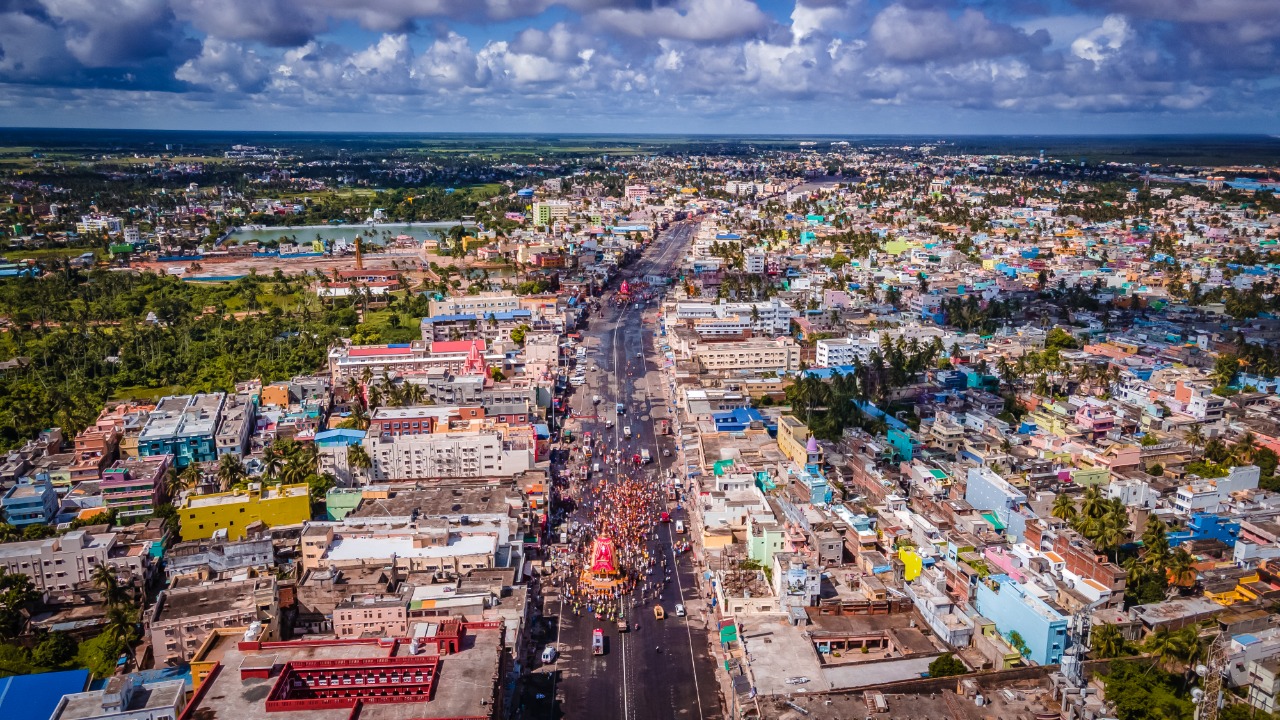 The devotees from across the country viewed the car festival of Lord Jagannath on different television channels in their houses.

The Lord of Universe along with His Siblings began nine-day sojourn to the Gundicha Temple, His Janma Bedi (birth place) from Ratna Bedi (bejewelled throne) in sanctum sanctorum, on three chariots today. Following performance of all rituals inside the Jagannath Temple in the morning, the servitors escorted Lord Balabhadra, Goddess Subhadra and Lord Jagannath and His weapon Sudarshan in a ceremonial procession called Dhadi Pahandi from their abode to their respective chariots — Taladhwaja, Darpadalana and Nandighosha — amid blowing of conches and beating of gongs.

As part of age-old tradition, Jagadguru Shankaracharya of Puri Govardhan Peetha, Swami Nischalachanda Saraswati, along with his disciples visited the Bada Danda and offered prayer to deities on three chariots.

Later, Puri Gajapati King Dibyasingha Deb performed ‘Chhera Panhara’, a major ritual before Juggernaut’s roll. As per the ritual, the King, who is the first servitor of Lord Jagannath, performed the ceremonial sweeping of the three chariot floors with a golden broom.

Following all the rituals performed on time as per the schedule fixed by the Shree Jagannath Temple Administration (SJTA) for the Holy car festival, the three gigantic chariots were pulled by the servitors and police personnel on the Grand Road.

The chariots were pulled to the Gundicha Temple, which is around 3 km away from the Jagannath temple in Puri.

Lord Balabhadra’s chariot Taladhwaja was the first pulled from the entrance of the Srimandir towards Gundicha temple at 12.08 PM, around 3 hours ahead of the schedule. Then, the chariot of Goddess Subhadra, Darpadalana, started rolling on the Bada Danda. Lord Jagannath followed His Siblings on His chariot Nandighosha. All three chariots rolled on the Bada Danda amidst chanting of hymns ‘Jai Jagannath’, blowing of conches and beating of gongs and cymbals.

To restrict influx of devotees during Ratha Jatra in view of COVID-19 spread, the district administration has imposed 48-hour curfew in Puri from 8.00 PM of July 11 till 8.00 PM of July 13 by sealing all entry points to the pilgrim town.