Ratha Jatra not to be held in Odisha’s Kendrapara 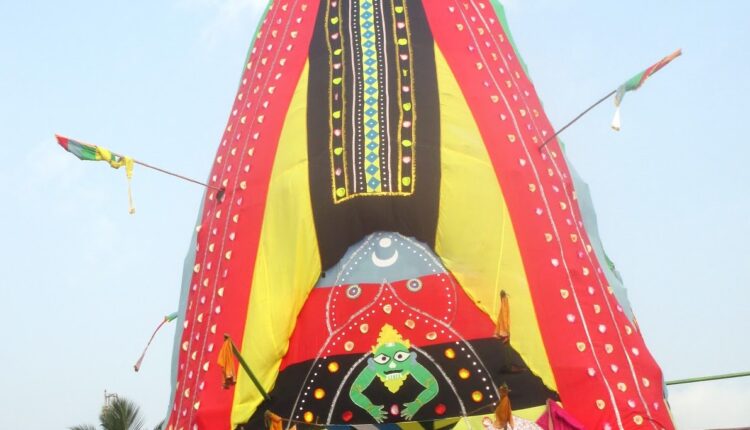 Kendrapara: The annual Ratha Jatra of Lord Baladev Jew was suspended in Kendrapara district in view of COVID-19 pandemic.

However, all the rituals of deities will be performed during the period on premises of the temple, informed Kendrapara Collector Samarth Verma today.

The move came in view of COVID-19 restrictions prohibiting mass congregation against possible spread of coronavirus infections during religious event.

But, the servitors of Shri Baladev Jew Temple expressed displeasure over the decision.

“We have requested to the collector to reconsider the decision. The Ratha Jatra of Lord Baladev Jew should be held without devotees amid guidelines set by the Government. In this regard, Section 144 should be in force around the temple prohibiting devotees to congregate for pulling of chariots. We will pull the chariots to Mausi Maa Mandir by following social distancing norms. But, the event should not be suspended,” one of the servitors said reacting to district administration’s decision.

Yesterday, the management committee of Sri Sri Haribaladeba Mahaprabhu Temple in Baripada of Mayurbhanj district had decided to not to organize chariot pulling this year in view of COVID-19 situation.

In Balasore, the district administration has imposed restrictions on oragnising Ratha Jatra at 12 places in the district. As per the decision, Ratha Jatra will not be held at Baliapala Shree Jagannath Temple and ISKCON temple in Jaleswar.