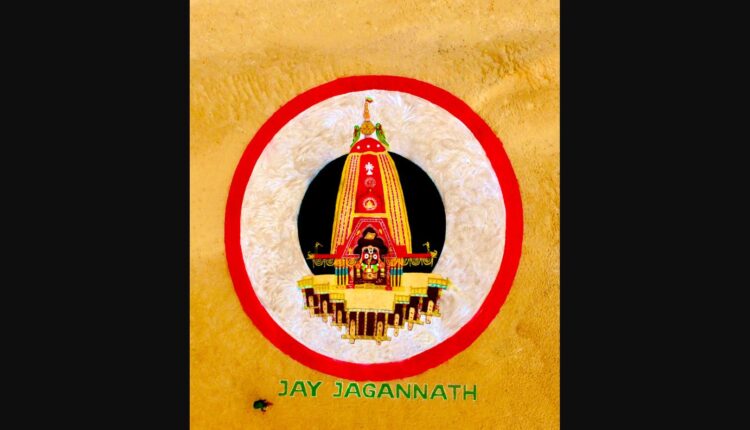 He created 3D sand art of Lord Jagannath’s chariot (Nandighosa Ratha), which is 43.2 ft long and 35 ft wide. “On the occasion of Ratha Yatra, we have created a biggest 3D sand art chariot of Lord Jagannath’s Nandighosa Ratha of 43.2 ft long and 35 ft wide at Puri beach in Odisha. We hope it will be a new record,” Sudarsan tweeted.

On the pious occasion of #RathaYatra, we have created the biggest 3D sand art chariot (Nandighosa) of Lord Jagannath- 43.2 ft long and 35 ft wide at #Puri beach in Odisha. We hope, it will be a new record. #JaiJagannath 🙏 #RathaJatra21 pic.twitter.com/nMPNlszsgS

There are many Limca records, including a Guinness record in Sudarsan’s name. So far, Padma Shri awardee sand artist Sudarsan has participated in more than 60 international championships and festivals around the world and won many awards for the country.

“Honoured to have launched ‘Jagannath Ashtakam’ a melodious bhajan devoted to Mahaprabhu by Shri @sambitswaraj and Shri @Kailashkher,” Pradhan said in a tweet.

Patra was born in Odisha and unsuccessfully contested the last Lok Sabha election from Puri seat.