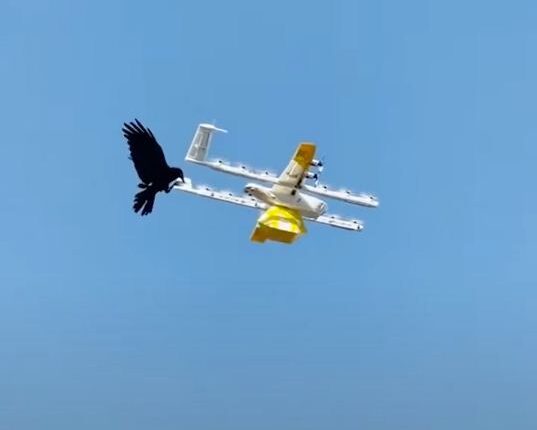 Bhubaneswar: A drone engaged in home delivery of coffee was recently attacked by a raven mid-air in Canberra’s suburb of Harrison.

A video of the incident has gone viral on social media.

The drone nearly went off balance after the raven attacked the device. Ben Roberts, the customer, was left stunned with the unexpected turn of events.

The bird was seen pecking the drone in a bid to take it down. Eventually, the drone managed to maintain its balance and drop off the coffee tied to a rope to the customer.

The drones are operated by Wing, a program run in collaboration with Google, to deliver small products like food, medicine and coffee, according to the Herald Sun.