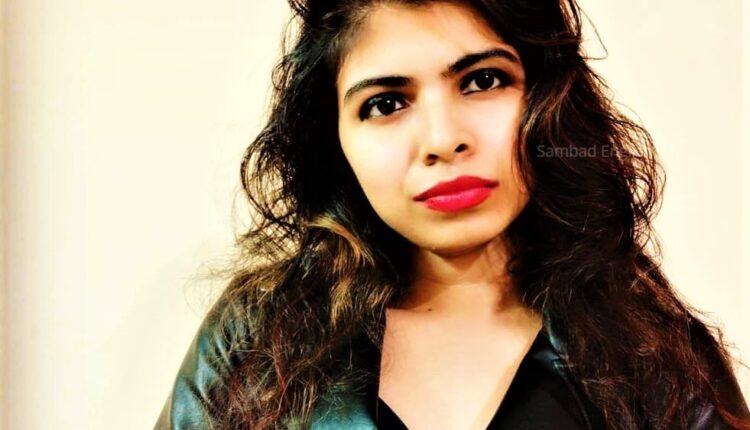 Bhubaneswar: Odisha filmmaker Swati Panda has brought laurels to the state as her short film ‘Real or Not’ won the Best Mobile Short Film award at the Indo French International Film Festival 2021.

The short film also got nominated for the prestigious Golden Yazhi award.

Earlier, ‘Real or Not’ had also emerged as the winner at the Tagore International Film Festival 2021, Kolkata and got nominated for ‘Sun of the East’ award. It was also nominated for the Best Director award by Golden Arts, London.

‘Real or Not’ is a science-fiction & fantasy short film about the blurring of reality and dream state. In the film, a girl wakes up to find her room being completely different and soon realises that it is similar to that of her imaginations. The protagonist, portrayed by Panda herself, gets confused whether she is in a dream or awake in real world. Eventually, the girl realises that she was lucid dreaming and is then left with a paradox.

‘Dear Diary’, a horror short film by the Bhubaneswar-based filmmaker, was also nominated for Shorted India’s Best Film for the month of February, 2021.

“I believe in making super creative and out of the box films which help people to change their lives in a positive way,” said Panda, who idolises renowned film director Christopher Nolan.

Speaking about the making of ‘Real or Not’, Panda said, “The dream world and subconscious memory had fascinated me a lot because those are unknown and mysterious territories which control us all the time without us being aware. I had experienced lucid dreaming a couple of times, so I decided to make a film on it. I had shot this film in a day and used a visually vivid method of storytelling and tried a variety of camera angles and shot compositions, music, voiceover, etc. to create a mystical dream world. Though I had shot a lot more, I edited it out to very crisp 4 minutes with best shots which took a lot of time as I wanted perfection.”

“I made this film totally on my own with lot of hard work. To be a filmmaker, you don’t need costly gears and heavy financing but pure love for cinema and storytelling. Don’t listen to people who put you down or say negative things. Don’t depend on anyone. Just get hold of a camera or even a mobile phone, write your story and start shooting,” she said in a message to aspiring filmmakers.

“I have been inspired by rebel filmmakers like Quentin Tarantino, Christopher Nolan, Akira Kurosawa, Stanley Kubrick, Wong Kar Wai, Jean Luc Goddard and Yasujirō Ozu who made films without caring for anything. However, all my films always have a strong positive message for society along with entertainment because I strongly feel that as a filmmaker, we have to be responsible on what we are communicating since it impacts masses of people. Cinema should not be something where people just enjoy escapism entertainment but also where they find solutions of their problems, get inspired as a human being and move ahead to change themselves and hence the society as a whole,” the young filmmaker said.

“I also hope we have more and more female filmmakers and female-centric cinema in future which don’t portray women just as an object of desire; instead show strong female characters. I am planning to do the above. Furthermore, I love genres like thrillers, horror, science fiction, action films, socially relevant dramas, women-centric films and comedies. I am planning to direct, produce or write more English short films, feature films, TV series in future and make it big in the international arena,” she added.