Red wine flows out of faucets in Italian village 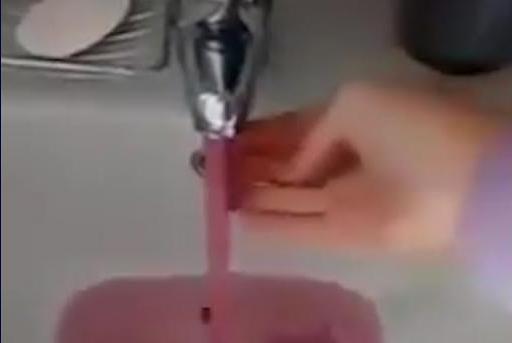 Italy: Residents of a small village in Italy had the faucets and shower heads in their houses dispensing red wine instead of water for hours.

Locals in the village of Settecani, in the Castelvetro are of Modena, said the taps in their kitchens and bathrooms were dispensing red liquid instead of water and many quickly identified it from smell as Lambrusco Grasparossa, a locally produced wine.

A malfunction at a local winery caused 1,000 litres of ready to be bottled wine to leak into the water pipes. The glitch lasted for about three hours and it impacted about 20 homes in the area.

Officials at the winery said technicians investigated and discovered that a technical fault has caused wine to leak from a silo into the water pipes.

The high pressure of the wine leak was enough to displace the water in the pipes, it began to circulate through drinking water pipes in some houses close to the wine cellar.

Though watered down and probably not very tasty, most of the village’s residents were excited to see red wine coming through their taps.

Deputy Mayor of Castelvetro, Giorgia Mazzazqui, took to Twitter to celebrate and shared the video and replied “Wine is always the answer”

And yesterday we really laughed. We all needed to laugh. A day to remember. Wine is always the answer#wine #castelvetrodimodena #castelvetro #grasparossa #cantinasettecani #lambrusco pic.twitter.com/nOFT3WmA2R

Lockdown: Home delivery of food to begin in this Odisha district

‘Forever young’ Anil Kapoor: You are your own motivation