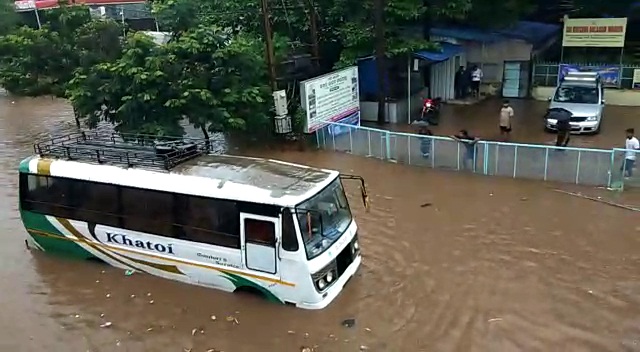 Bhubaneswar: In a major development that would bring much-needed relief to denizens in the capital city, the Odisha government is mulling to construct an underground drain that will ease the recurring water-logging issue in front of ISKCON temple in Nayapalli area here.

After attending a high-level meeting at Secretariat, Chief Secretary Aditya Prasad Padhi said the government will construct an underground drain from its own funds and take steps to restore natural drainage channel in the city.

In a related development, the state government has approved construction of a box cell storm water drain connecting drainage channel-4 near Acharya Vihar at a cost of Rs 5.5 crore.

In a letter issued by the Housing and Urban Development Department, Bhubaneswar Municipal Corporation (BMC) Commissioner has been intimated about the approval of the tender proposal for the work submitted by the civic body on July 11.

After construction of this box cell storm water drain, rain water will be smoothly evacuated in Acharya Vihar area.