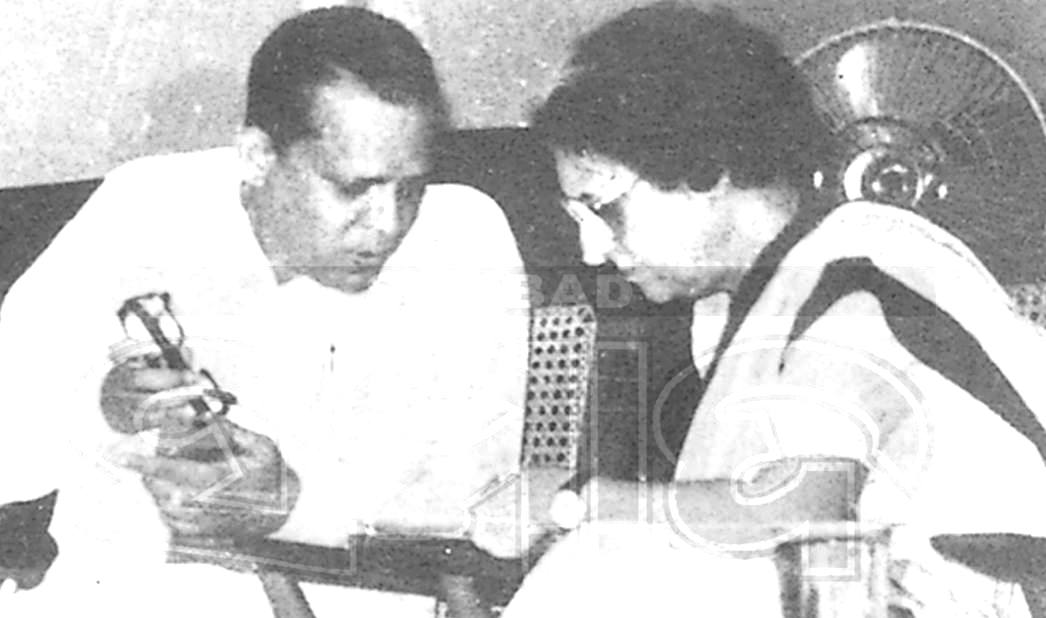 Bhubaneswar: The stint of Janaki Ballabh Patnaik marked an eventful era in the history of Odisha politics. However, being the second Chief Minister in Odisha to serve the longest tenure in office is not his only accomplishment; he was a distinguished litterateur, scholar and journalist.

On the occasion of JB’s (as he was popularly referred to) 91st birth anniversary, Odisha Sun Times gives its readers a sneak peek into the life and times of the grand old man of Odisha politics.

He was born in Rameswar village of erstwhile undivided Puri district in Odisha. JB finished his schooling under the guidance of his father, Gokulananda Patnaik, who was a reputed writer and a teacher.

When the headmaster of the Khordha school, where he was studying, asked the students what they would like to become after growing up, a young Janaki Ballabh had said, “I want to be the editor of a newspaper.” And true to his words, he started his career as a journalist with Prajatantra Prachara Samiti in 1949 and later became the editor of English daily, Eastern Times, and an Odia daily, Prajatantra. He is the only individual in Odisha to be credited with the position of editor of two newspapers, at the age of 25.

His close association and interaction with political leaders as the editor of newspapers further fueled his interest in public affairs. Elected to Lok Sabha in 1971, this Congress stalwart went on to serve as Deputy Minister of Defence (1973 to 1975), then Minister of State for Defence till 1980. He was re-elected to the Lok Sabha in January 1980 and became Union Minister for Tourism, Civil Aviation and Labour.

He became instrumental in urbanising and mordernising Odisha capital with stadium, park, planetarium, library, film studio, IT companies such as Infosys and other educational research institutions.

He remained an active politician for a staggering period of four decades, of which he spent 18 years in office, all because of his political acumen and dexterity in devising and laying out plans and groundwork.

He was the Chief Minister of Odisha for 14 years—for two terms from 1980 to 1989 and again re-elected for a third term in 1995. J. B. Patnaik—The March to a Modern Odisha, is another notable volume that contains writings on the veteran and his contribution in the making of a modern Odisha.

However, politics was just one facet of his life. JB was fluent in five languages: Odia, Hindi, Sanskrit, English and Bengali. His recognition was also that of a learned Sanskrit scholar and an erudite litterateur. Shri Jagannath Sanskrit Vishwavidyalaya of Puri credited JB with its institution and honoured him with the titled of Pragyana Vaaschaspati. Rashtriya Sanskrit Vidyapeeth in Tirupati awarded the Vidya Vaachaspati (Doctor of Literature) degree to him. From 2008, till his death in 2015, he was the Chancellor of Rashtriya Sanskrit Vidyapeeth in Tirupati.

In 1967, he published a monthly magazine in Odia, Paurusa and became its editor. As a writer, Goutam Buddha was his first published book, on the occasion of 2500th Buddha Jayanti that garnered significant readers’ appreciation. He is the only writer in Odisha who completed the abridged prose translation of the Ramayana and the Mahabharata in Odia and the unabridged Odia prose translation of the Sanskrit Shrimad Bhagwat, the lofty volumes of Hindu mythology. Moreover, he is the sole author to translate the three volumes of 100 couplets of Raja Bhartrhari (known as Satakas of Raja Bhartrhari) to Odia.

Apart from the above works, Sindhu Upatyaka (a book of poems), Swapna O Sankapla (a book of compiled essays meaning Dreams & Resolution) and retold stories of Ramakrishna Kathamrutam brought together to form a book Maaluni Ra Phoola O Anyanya Galpa are examples of his literary exploits.

In the dusk of his political career, Janaki Ballabh was appointed as the Governor of Assam in 2009 and penned down a book in Odia called Assam Ru Lekhuchi (meaning writing from Assam) during his term as Governor, which was published in October 2015, after his death. His unfinished memoir Asamaapta Aatmalipi (meaning the incomplete script of life) was released on the occasion of his first death anniversary on April 21, 2016.

Condolences poured in from all over the country as the Chanakya of Odisha politics, died aged 89 in Tirupati on the occasion of auspicious Akshay Tritiya on May 21, 2015. He was scheduled to attend the convocation of the Tirupati Rashtriya Sanskrit University on the fateful day.