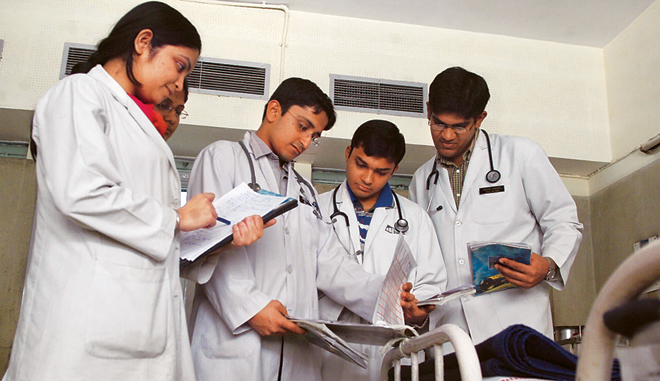 Bhubaneswar: After Chief Minister Naveen Patnaik moved a resolution in the Assembly for 15 per cent reservation for Government school students in engineering and medical colleges of the state, the state Government has issued an official notification in this regard.

In the notification, Odisha Skill Development and Technical Education Department reiterated that that a high-power committee was constituted on January 8 under chairmanship of retired Judge of Orissa High Court Justice AK Mishra to make necessary recommendation regarding the reservation.

The committee has submitted its report to the state Government with following recommendations:

1. 15% reservation in favour of the students of Government High Schools in the admission to Medical/Technical Education courses of the State be extended.

2. Such reservation is to be operated horizontally, covering all vertical reservation as well as general unreserved groups.

3. The Government can issue Notification in exercise of power under Section-9 of the Odisha Professional Education Institutions (Regulation of Admission and Fixation of Fee) Act, 2007 to give effect to the above.”

Following  the recommendations, the state Government directed that 15% of seats in medical and engineering colleges of the state be reserved for the students, who have passed Class 10 Board Examination conducted by Board of Secondary Education (BSE) Odisha and also have passed Class 12 Board Examination under the Council of Higher Secondary Education (CHSE) Odisha from any Government Higher Secondary School or Junior College.

In December, last year, the State Cabinet had approved the reservation of seats for eligible Government school students in engineering and medical colleges. The reservation will be implemented from next academic year onwards.

Samsung TV Plus arrives in India, available on Galaxy phones too