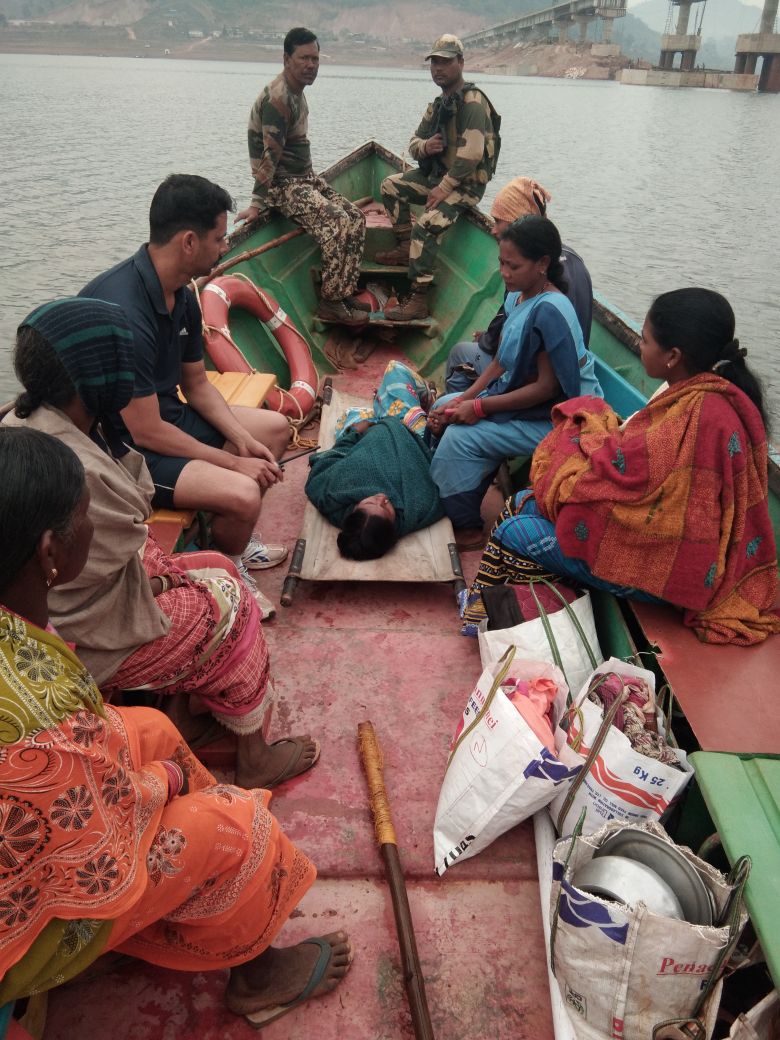 According to reports, the expectant mother, identified as Pramila Khora complained of labour pain but her husband didn’t manage to arrange any ambulance or any other vehicle leaving his entire family worried.

A team of BSF jawans, who had gone for a routine patrolling in the area, got to known about the matter and rushed to rescue her.

Wasting no time, the BSF team led by Assistant Commandants Janbai Sushil Singh and Sandip Gupta ferried Pramila in their boat and took her to the Chitrokonda hospital.

Hailing the BSF team for helping the pregnant woman, BSF DIG JC Nayak said: ” The field ambulance unit of BSF first shifted the woman to BSF MI room for before taking her to Chitrakonda hospital. Later, after check up, she was referred to Malkangiri district hospital.”

The timely and swift action by the BSF jawans helped the patient from further deterioration, Nayak added.

Meanwhile, the action of the BSF jawans has been highly praised by one and all in the locality.