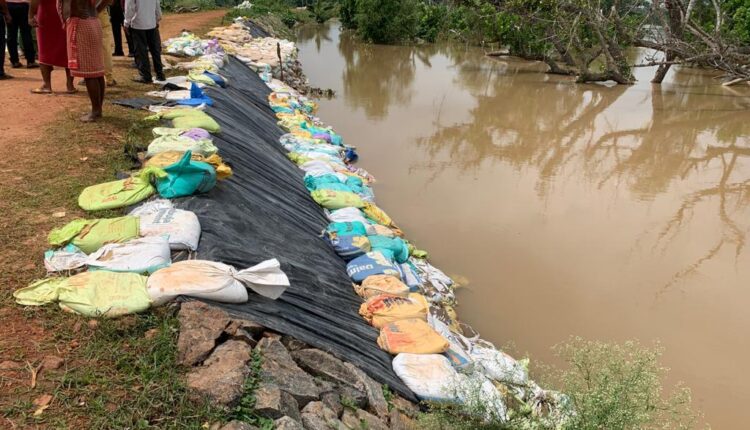 Bhubaneswar: At a time when there has been considerable improvement in flood situation in Odisha, the State government began restoration work in major river systems.

After reviewing the flood situation in Puri district along with Water Resources Secretary Anu Garg and Puri District Collector Balwant Singh, Chief Engineer of the department Jyotirmaya Rath said repair and restoration work has begun in Baitarani river system. There were more than 900 breaches in embankment and have been repaired, stated the Chief Engineer, adding that the State experienced flood in its five river systems.

As there were rains in upper catchment areas of Ib river, gates of Hirakud Dam have not been closed.

Meanwhile, the Special Relief Commissioner’s Office today said a total of 22 persons have lost their lives due to flood in the State.