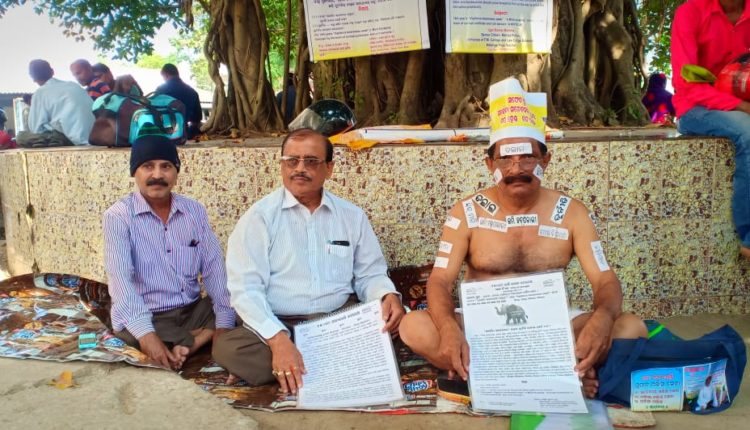 This time, the former police official staged protest in front of Collectorate in Balasore against graft and brokery.

Wearing only shorts, the anti-graft crusader sat on dharna putting stickers on his body and head with catchy slogans against corruption in the chilly morning weather demanding the district administration for clean and transparent governance. He was also seen polishing shoes of people under a tree.

“I was an honest police officer and delivering my duties  without being indulged in corruption during my service career. I will continue my protest against all types of graft, he said.

Earlier on Oct 21, Bramha was seen polishing shoes of people free of cost in front of SP office in the district as mark of protest against existing police policy. He alleged the police officials of not discharging their duties honestly.

Bramha, who retired as Bhubaneswar Vigilance SP in February 2010, has been staging protest against corruption in front of all government offices in Balasore since October 2 i.e Gandhi Jayanti this year.