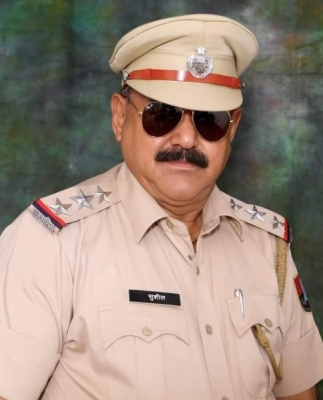 Jaipur: A retired policeman from Rajasthan’s Bikaner, who saved many people from drowning in the flash flood triggered by cloudburst, was swept away in gushing waters near Amarnath cave shrine in South Kashmir Himalayas.

Khatri’s relative Sunita Wadwa, also hailing from the desert state, also died in the tragedy that killed 15 people and injured more than 40.

Khatri was among the batch of 17 devotees who had left from Sri Ganganagar on July 3 and had retired from service just nine days before the tragedy struck.

After his retirement, he had planned a holiday with his wife and son.

Khatri, 61, was staying in a tent near the Amarnath cave.

In the evening, as the flood water gushed in, the tents started gettting washed away.

Many people of Sri Ganganagar, including Khatri, his relative Sunita and her husband Mohanlal were also present.

Khatri saved many people before being swept away.

Another low pressure forms over Odisha