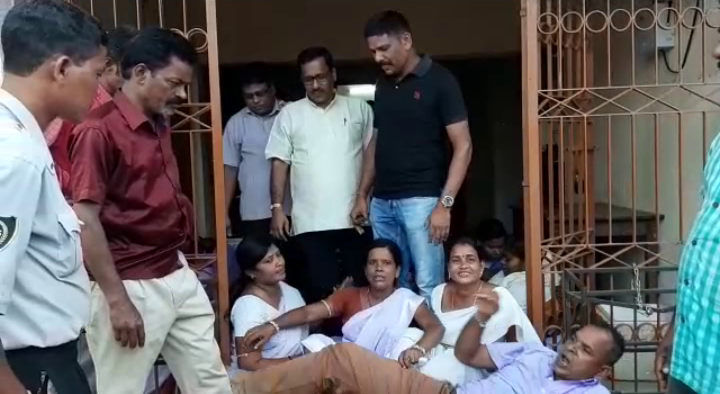 Keonjhar: Protesting retrenchment without notice, a group of sacked Class IV employees of the district headquarters hospital (DHH)here sat on a dharna on the hospital premises today.

Sources said 21 temporary Class IV staff, including attendants and sweepers were sacked today without any notice. The agitators alleged that while they have been working in the hospital under the Rogi Kalyan Samiti (RKS) scheme since 2007, outsiders have been appointed for 37 vacant posts.

They further alleged that the district administration had earlier directed the CDMO to transfer the temporary staff to other hospitals, but nothing has been done in this regard yet. Protesting this, the Class IV staff had staged a stir for seven days in February.

When asked, the ADMO said the matter will be brought to the notice of the CDMO and steps be taken accordingly.