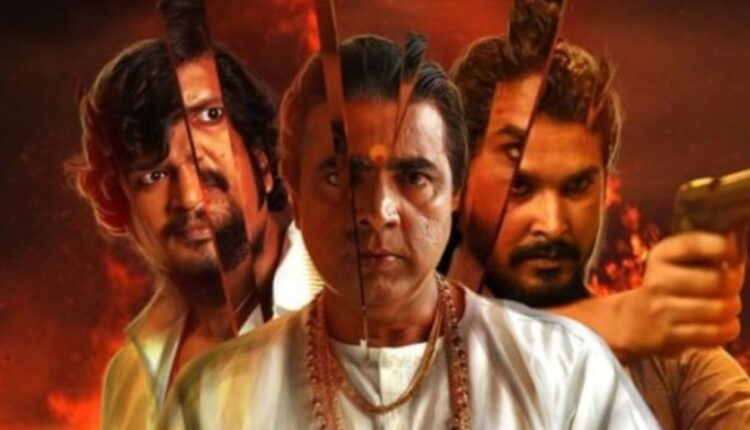 This review doesn’t only speak about the movie but its entourage – the timing, the cultural thread and the audacity of the production with a sub-regional perception. This series took a couple of years to be ready and with its release and instant click, Odia entertainment industry has reasons to be upbeat about.

Gangs of Puri is a quintessential Odia city story of the late eighties/early nineties, and Puri has seen many such gang wars and sahi (locality) rivalries I know of. Babu Jena, Shiva, Loka Nana resemble real life characters I have watched from close quarters. There are no gangster movies in Odia – the ones we have are poor remakes and they have everything non-Odia about them. The loud, ludicrous action scenes, the music, the febrile casting, the cinematography all borrowed and brazenly copied. Obviously, we have no putative web series in Odia. Gangs breathes fresh Odia air.

The audacity of Barsha and Anupam to back a typical dialect based (spoken language in Puri) script and screenplay, with perceived ‘limited viewership’ warrants acknowledgement. That too, in the less charted, web series medium for Odia content. Odia content is regional, and Gangs goes a notch deeper and celebrates sub-regional context and matter. Of course, Puri belongs to every Odia and Odisha person. But the detailing to which Gangs have foraged in all departments – language, dialogues, the sahi jata backdrop, the cultural nuances, costumes of the characters, the gesticulations, expressions in sync with Puri lifestyle of the 80’s/90’s is original, awe inspiring and authentic. Puri, with all the dilution with the changing times, still preserves the unflinching love for authenticity of culture and lifestyle. Puri’s practice of and confidence in its own norms and styles is inimitable. Formidably rooted. Gangs reflects that with aplomb.

Mrutyunjay playing Babu Jena is a find, and he has excelled. His Bullet, him riding and piggy riding, his patronizing his lackeys is unbelievably close to reality. While watching Babu Jena, I was watching a few real-life strongmen of 80’s/90’s Puri, who are in my modern Odisha chronicle and study. In a pangata organized by Babu where Loka is invited and insulted and Loka’s smoldering anger, all in Puri “club/Jaga ghara” setting and Odia gesturing is a treat. Loka & restless Bhikhu matre of Satya have a lot in common.

But the setting of the plot around the deeply entrenched social mores of Puri has never been shown on screen before this. Never. Nor the language, the changing youth values, the overpowering lure of ‘awe, nanagiri and easy money’, the round the corner, “sahi mandira bedha” (temple premises in the locality/Puri has smaller temples dotted across sahis) romance of Shiba, nor the screenplay highlighting the Nana & crony divide in power and pelf have ever been depicted in such minute details, and yet being pacy. Gangs is not a documentary on gangwar in Puri. It is a reasonably fast-moving story. In the garb of “legitimate” Odia entertainment, Jagdish and Anupam have not taken us on a pseudo- intellectual ride.

The series is just perfect entertainment. It is an enthralling, bloody, melodramatic epic that more than justifies its seven-part series running time.

For someone not exposed to Puri life, Gangs offers the scope to deep dive & gather interesting nuggets.

In Gangs, besides the crime, one can find lot more in relationships and their intricacies. Divinity’s alter ego. Not many, I watched the series with, could relate much to the characters or their behavior. This convinced me more about the guts of the series makers. Their belief in their craft shows in every frame – when the small boy is rescued by Shiba from his brother before the abuse, the house of Shiba and the chair where Babu sits, the sahi hotel where Shiba meets the cop for job, Sandhaya’s coyness in small town college romance, Raja Bahinipati’s Anugulia (dialect of Angul) speaking secretary, Loka Nana’s get up adorned with gold bracelets/neck chains, jega ghara (local gymnasium) scenes are first time ever in Odia screen. The Bengali chicanery playing with local naivety is subtly portrayed and many I know, relate to this disturbing syndrome of those years.

Raja Bahinipati is measured without overacting. He emits the wiliness of a corrupt, destructive politician.

There are no outlandish tones, sounds or gestures packed with cliched villainy. Nasty Munna, Geda Bablu, Loka Nana are over the top in many scenes. Their dramatics seem to put the flow of the movie, off gear.

The humor is invariably laced with bawdy jokes and dialogues which is probably added to make the story more believable. But excess of everything is counterproductive. The quarrelsome Bhauja of Shiba, the unsolicited adviser of Loka Nana, his wife and Shiba’s girlfriend are the usual, expected characters of the jobless turned gangster stories of the 80’s. The characterizations are nothing exceptional but their assimilation with Puri’s universe is worth watching. The background score is almost a lift from hit Hindi web series. Rashmi’s editing is creditable. He saves us from painful, stretched scenes.

The story is of Puri’s underbelly. But so dominant are the cultural elements that the crudeness transforms to deep organic. I was not expecting any sophistication because that would have marred the naturality.

Gangs doesn’t take you away from the plot, it rather gets you into 80’s Puri. Puri was maverick, wild, hippy and quiet a rebel alongside the mythology.

Gangs of Puri is very Puri and grunge chic. This would raise expectations from the producers for their gumption, the actors for living their characters, the screenplay for getting the viewers the period atmosphere that drips off the screen.

There is a lot more desired in various departments, but I enjoyed the series, and I am more convinced that Odia stories can be unique because we have uncommon lives in seemingly prissy and inert archetype.

Brahmapur, Balasore, Sambalpur, Rourkela, Jatni, all have their own universes. Filmmakers should look for experience-based stories around us and not rehash remakes, unrelatable downloads from other states. We have enough and more in Odisha.

I watched 80’s Puri again, after many years and in Odia web series. Flashbacks haunt because the plot is well researched and presented candidly.

*The author is a public intellectual, author and a polymath. He may be reached at [email protected]