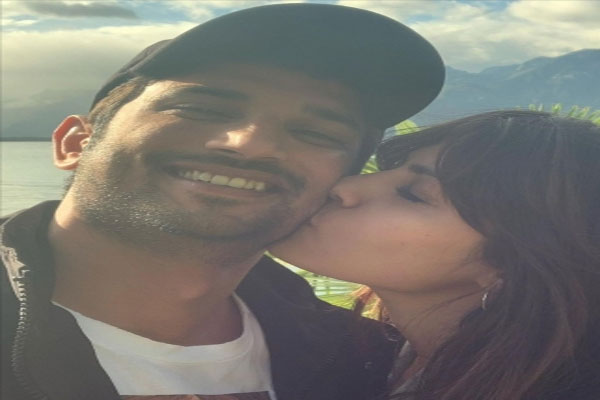 Mumbai: On Sushant Singh Rajput’s second death anniversary on Tuesday, actress Rhea Chakraborty, who was in a relationship with the late actor, has shared a string of throwback pictures and penned an emotional note.

Rhea posted a motley of pictures with Sushant on Instagram. In the throwback images, the late actor and Rhea are seen spending some happy times together.

She captioned the image: “Miss you every day” along with a heart emoji.

The 29-year-old actress was arrested and spent a month in Mumbai’s Byculla jail in September 2020. On the work front, Rhea was last seen in the Amitabh Bachchan-starrer ‘Chehre’.

Sushant died by suicide at his home in Bandra, Mumbai in June 2020, aged 34. His last film ‘Dil Bechara’ was released posthumously on a streaming platform.