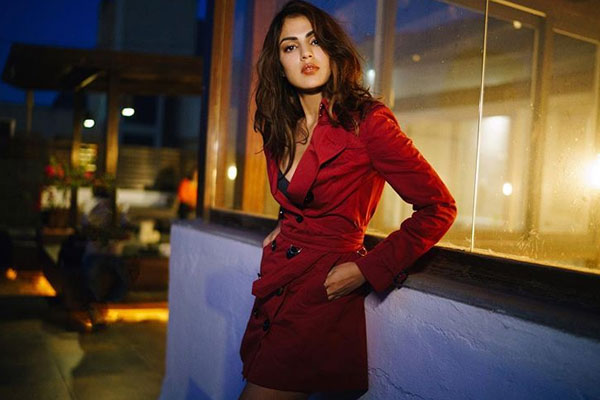 New Delhi:  Rhea Chakraborty is an active member of a drug syndicate connected with high society personalities and drug suppliers, the Narcotics Control Bureau (NCB) has submitted in court.

With several high profile Bollywood personalities being investigated by NCB, the enforcement body has now said clearly that “high society personalities” are involved with a drug syndicate and drug suppliers, of which Rhea is a member.

Rhea is accused of harbouring late actor, Sushant Singh Rajput for consumption of drugs, NCB said. “If the overall scenario is seen, the present applicant being aware of the fact that Sushant Singh Rajput being someone who is engaged in consumption has harboured him and concealed him whilst he was engaged in consumption of drugs,” NCB charged. This comes as a sensational disclosure in the probe of Rhea’s role in the SSR mystery death.

NCB has once again opposed the bail application of actor, Rhea Chakraborty and said there is sufficient evidence gathered that she is involved in drug trafficking.

NCB made it clear that Rhea aided, abetted and financed the other accused for drug transactions under a criminal conspiracy.

In an affidavit filed in the Bombay High Court by Sameer Wankhede, Zonal Director, NCB, Rhea has made a statement that she was making payment for the drugs which were taken delivery of by Samuel Miranda and Dipesh Sawant for handing these over to the late actor, Sushant Singh Rajput.

NCB said it is clear that the drugs which were financed were not meant for personal consumption but for supplying the same to other person and Section 27A of NDPS 1985 is clearly applicable.

Investigations are at a crucial stage and if Rhea is granted bail, then it will hamper the probe, NCB has said in the affidavit.

NCB said there is sufficient evidence to say that Rhea is involved in drug trafficking. She used to facilitate drug deliveries and payments through credit cards, cash and payment gateways for the contraband.

On the jurisdiction issue, NCB has affirmed that it has studied the Supreme Court order on CBI investigations in the unnatural death of Sushant, NCB said the present case pertains to NDPS and therefore it has jurisdiction.