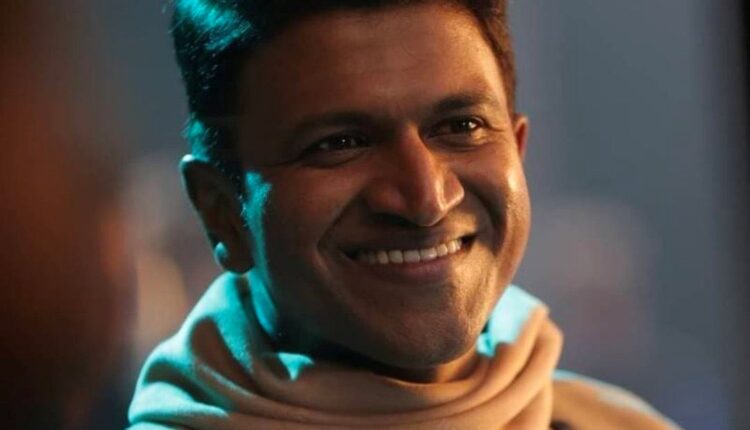 Bengaluru/Bhubaneswar: A pall of gloom descended on the entertainment fraternity as popular Kannada actor Puneeth Rajkumar, son of Kannada cinema legend Rajkumar, passed away at the age of 46 following a massive heart attack, today.

Noted actors and eminent personalities of the country have expressed grief over the demise of Puneeth Rajkumar.

Heartbroken 💔
Will always miss you my brother. #PuneethRajkumar

OMG!!!!!!!! Nooooooo. This can’t be true! How can this be? My deepest condolences to the family. May your soul rest in eternal peace. Gone too soon 💔 #PuneethRajkumar

This hurts so much! Rest in peace superstar! May the family, friends and the millions of fans have the strength to tide through this sorrow! #PuneethRajkumar 🙏 pic.twitter.com/45EltouKWw

Shocked and deeply saddened on the passing of #PuneethRajkumar the film industry has lost a gem. One of the finest human being I’ve met. So vibrant and humble.Gone too soon. Condolences to his family, friends and innumerable fans. 🙏🏽

Shocked to hear #PuneethRajkumar is no more.. life is so unpredictable . Condolences to family and friends .. waheguru 🙏 pic.twitter.com/V5ER14nK88

💔😢 I refuse to believe this. #Puneeth

💔💔💔 One of the kindest and warmest Actors/gentlemen. Praying to the almighty to give Puneeth Sirs family, friends and his ocean of fans the strength to cope with this irreplaceable loss. #RIP #PuneethRajKumar #Gentleman #actor #loss #cannotunderstand #soyoung pic.twitter.com/U8RyOJdFMu

Shocked and deeply saddened by the tragic news of Puneeth Rajkumar’s demise. One of the most humble people I’ve met and interacted with. Heartfelt condolences to his family and loved ones 🙏

I am still unable to fully process or make sense of this news.
May your soul rest in peace. Strength and courage to the family.

You’re a beautiful soul. Grateful to have shared the little joys together.
💔
#PuneethRajkumar

Extremely sad to know of the passing away of our dear #PuneethRajkumar . My heartfelt condolences to his family, friends and fans. I request his fans to maintain calm and pray for his Sadgati in this excruciating time for the family. Om Shanti 🙏🏼 pic.twitter.com/T3WsUnBS7n

Absolutely shocked!!Sending my deepest condolences to the whole family. May you Rest in peace sir..Gone too soon.. pic.twitter.com/9zgFLVgCco

Cannot believe what I’m hearing 😔 Life is so unpredictable. Such a big loss for Indian Cinema. Sending out loads of love and light to his family and loved ones in these difficult times. R.I.P Puneeth Rajkumar. 💔😞

Life is So Unpredictable
Some losses are unacceptable No No No
God u can’t be so cruel U can’t take the good hearted people awayyyyyyyyy …… can’t able to control my tears ….. Puneeeeth annnnnnaaa !! 🥺🥺🥺@PuneethRajkumar #rip pic.twitter.com/QN6ghu0d3m

Deeply shocked to know of the sudden demise of @PuneethRajkumar A powerful actor who won the hearts of people with his incredible body of work. Condolences to the family #RIP #Gonetoosoon #PuneethRajkumar pic.twitter.com/YuP08U2t8E

May his Soul Rest in Peace, my Deepest Condolences, May his Family stay Strong @ these testing times

According to family sources, Puneeth suffered a heart attack while working out at a gym. Immediately he was shifted to Vikram Hospital. Dr Ranganath Nayak stated that his condition was critical when he was brought to the hospital. But the efforts of doctors to revive him went in vain.

Puneeth’s health worsened on Thursday evening but he did not visit a doctor. He went to the gym in the morning and developed chest pain. He was taken to a private clinic where ECG was done. During check up, his condition worsened and he was rushed to Vikram Hospital, where he succumbed to cardiac arrest.

Puneeth has donated his eyes. He is survived by wife Ashwini and daughters Vanditha and Dhruthi.

Security has been beefed up all across the state including state capital Bengaluru to manage the situation. The Kannada film industry has come to a grinding halt and all movie shows have been cancelled in the state.

Puneeth was born on March 17, 1975 and was fondly known as ‘Appu’. He was also a singer, television presenter and producer. He acted in more than 29 films and has also appeared in many films as a child artiste. He won the National Film Award for Best Child Artiste for his role in ‘Bettada Hoovu’. He made his debut in the Kannada film industry with the movie ‘Appu’ in 2002.