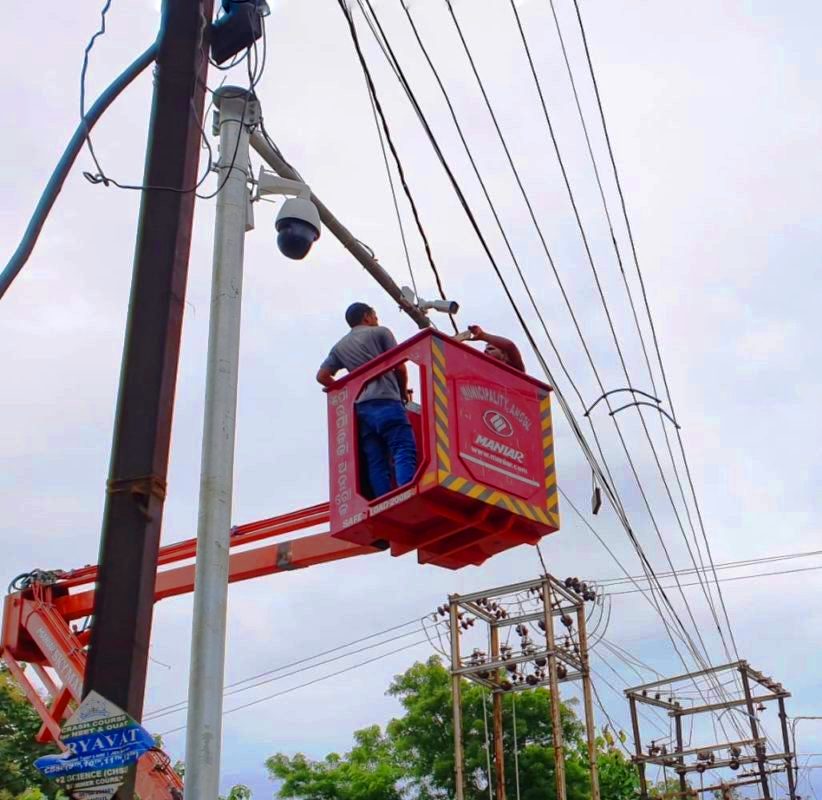 Angul: In view of rise in crimes and deteriorating law and order situation in Angul, the district police has taken steps to keep the town under CCTV surveillance round the clock.

To keep an eye on anti-socials and traffic rule violators, the Angul police has installed 38 CCTV cameras at eight major squares in the town. Besides,  a 24*7 control room has been opened at the district police headquarters. Besides monitoring activities, the control room will coordinate with PCR vans in the town, said SP Mitrabhanu Mohapatra.

The CCTVs have been installed on major roads on pilot basis. The cameras will be installed in Talcher and MCL areas in next phase. Besides, CCTVs installed at various business establishments, banks and residential buildings will be connected with the control room of the district police, he added.

Besides, steps have been taken for Twin City Security for Angul and Talcher and Rs 2 crore has been spent for the project, the SP added.

It is important to mention here that an eight-year-old girl was allegedly abducted from Angul Bus Stand, raped and later dumped on roadside by a miscreant on July 21. The incident had triggered an uproar in the Odisha Assembly by opposition members.