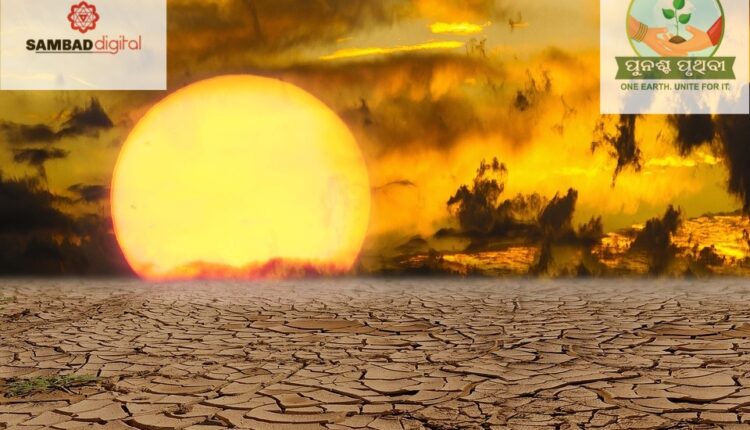 Bhubaneswar: With continuous rise in Earth’s temperature leading to natural hazards, scientists have warned of another pandemic due to the climate change.

According to a new study published in the journal Nature, wild animals will be forced to relocate their habitats that are dramatically decreasing because of deforestation, wildlife trade and industrial agriculture.

The study suggests that climate change will become the biggest upstream risk factor for disease emergence that could lead to the next pandemic.

“The closest analogy is actually the risks we see in the wildlife trade,” said lead author Colin Carlson from Georgetown University.

“We worry about markets because bringing unhealthy animals together in unnatural combinations creates opportunities for this stepwise process of emergence – like how SARS jumped from bats to civets, then civets to people. But markets are not special anymore; in a changing climate, that kind of process will be the reality in nature just about everywhere,” he added.

In the study, the researchers conducted the first comprehensive assessment of how climate change will restructure the global mammalian virome.

The research focuses on geographic range shifts and predicted that animals will undertake their journey leaving their habitats into new areas.

“As humans are engaged in process for deforestation, wildfire and wildlife trade for their benefits, it could lead to another threat to large human populations,” an expert said.

This phenomenon will bring greater opportunities for viruses like Ebola or Coronaviruses to emerge in new area, making the scientists harder to track, and into new types of animals, making it easier for viruses to jump from species to humans.

The study says that this process may already be underway in today’s 1.2 degree Celsius world, and efforts to reduce greenhouse gas emissions may not stop these events from unfolding.

The study also finds that the rising temperature will have impact on bats, which account for majority of viral sharing among humans.