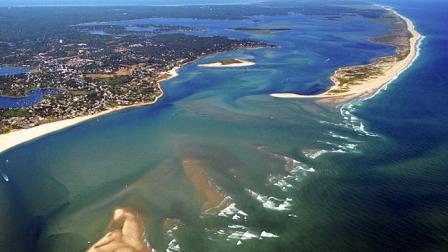 Rising sea levels are posing a major threat to dozens of species of coastal nesting birds, with some at risk of facing extinction within 20 years, according to researchers at the Australian National University (ANU) here.

Coastal nesting birds are those which choose to nest and reproduce close to the sea shore — meaning their nesting sites are most at risk to not only rising sea levels but the increasing number of tidal floods, something ANU lead researcher Liam Bailey said was occurring more often as a result of global warming.

In a statement released on Thursday, Bailey said much like the scientific metaphor in which a frog remains in a pot of water as it slowly warms up while a frog dropped in hot water would jump out immediately, shorebirds were showing no response to the gradual increase in the number of tidal floods — something which spells trouble for species around the world.

“Sea levels rising and more frequent flooding are major drivers of this steep decline in coastal birds,” Bailey, from the ANU Research School of Biology, said.

“Our study species, the Eurasian oystercatcher, lives in an area where flooding is becoming more common, posing a threat to the survival of the population.

“Our study found no evidence that Eurasian oystercatchers have increased the elevation of their nests, even among birds that lost a nest during a flood. Factors including the presence of predators or unsuitable vegetation might discourage birds from nesting higher.”

Bailey added that some species in the low-lying marsh areas in the US could be driven to extinction within 20 years unless more is done to encourage the birds to either nest earlier in the year to avoid tidal floods, or nest in slightly higher ground. (IANS)