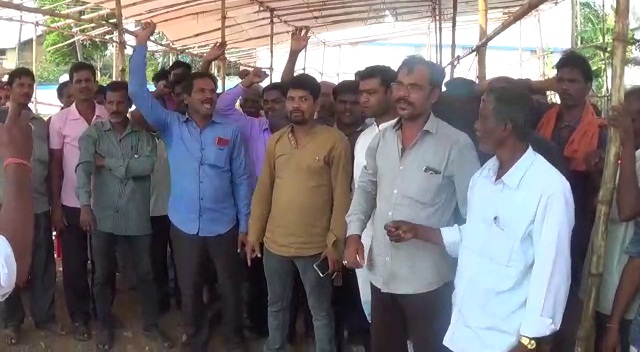 Begunia: Like Congress, the discontent too continues in Bharatiya Janata Party (BJP) over ticket allocations for the ensuing general elections in Odisha with mass resignation by the party workers here today .

Over a hundred of rebel workers resigned from the party opposing Rishabh Nanda’s candidature for Begunia Assembly seat.

They tendered a mass resignation to the State BJP indicating rift within the party over ticket disbursement for the Lok Sabha and Assembly polls in Odisha.

Odisha BJP to protest over rising crimes against women

They questioned on what ground Nanda was nominated to contest the Assembly polls from Begunia whereas his father Prasant Nanda is associated with Odisha’s ruling BJD. They demanded ticket for party worker Jatin Mohanty.

“Dr Jatin Mohanty has been serving the party for a decade. However, the party did not consider him to give ticket for the polls from Begunia. BJD MP Prashant Nanda, who did nothing for the constituency after being elected on BJP ticket, his son was nominated as the party’s candidature just a day after he joined BJP,” said Bolgarh BJP Mahila Morcha President Rashmita Bairiganjan.

“We want ticket for Jatin Mohanty or else we will field him as Independent candidate against Rishabh Nanda in the polls,” she said.