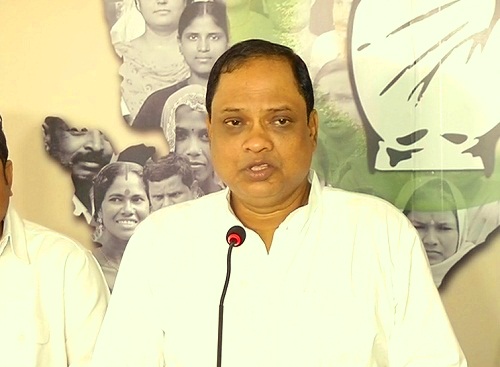 Odisha unit of Congress today announced that it will hold a marathon demonstration in front of BMC office starting tomorrow demanding the resignation of city Mayor Anant Narayan Jena over a sex tape allegedly featuring him and the connections of the tape with the murder of Rishi Mohanty.

Announcing the decision at party’s state headquarters, PCC President Prasad Harichandan further demanded a CBI probe into the allegations levelled against the Mayor.

“State police is not capable of investigating this issue. It will not be able to conduct a free and fair investigation when the connections of the Third floor (Chief Minister’s Office) is in the air. Besides, instead of acting on the allegations, they are serving notices on NSUI state president Itish Pradhan who demanded an enquiry into the incident. Yetserday, he was roughed up by the cops,” alleged Harichandan.

“We demand a CBI probe into the allegations. We will begin a marathon demonstration in front of the BMC office starting tomorrow to press for the resignation of the Mayor,” he added.