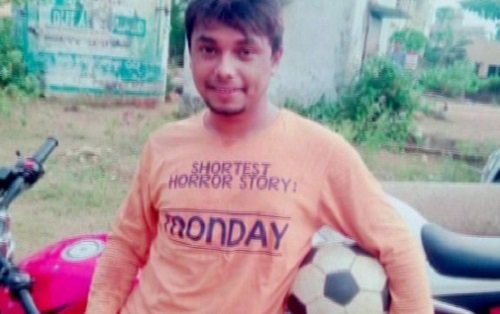 The friend of the deceased underwent the polygraph test yesterday.

Earlier, he was quizzed twice by the police in connection with the alleged murder case.

Six months after mobile phone of Rishi was sent to forensic lab in Kolkata on January 8 this year, police threw light on the case once again, which had created huge uproar in the political circles, with conducting polygraph test on one of his friends, who were in the party with Rishi at night and had dinner together.

Reports said that Rishi had spent night with his roommates having party at mess on May 5, 2016. His friends informed Khandagiri police after he did not wake up from his sleep in the morning and rushed him to Capital Hospital, where he was declared dead.

The preliminary investigation said that Rishi died due to excessive consumption of alcohol and drugs. However, the case turned critical after a controversial sex video-tape came went viral featuring Bhubaneswar Mayor and a woman. The opposition members and others claimed that the video tape was linked with death of Rishi.

It’s worth mentioning here that the tape was prepared by Rishi’s girlfriend. During interrogation, his friends also revealed to police under what circumstances the video was recorded.