Rising Rapes in India: Hathras, Odisha, and the Untold Stories 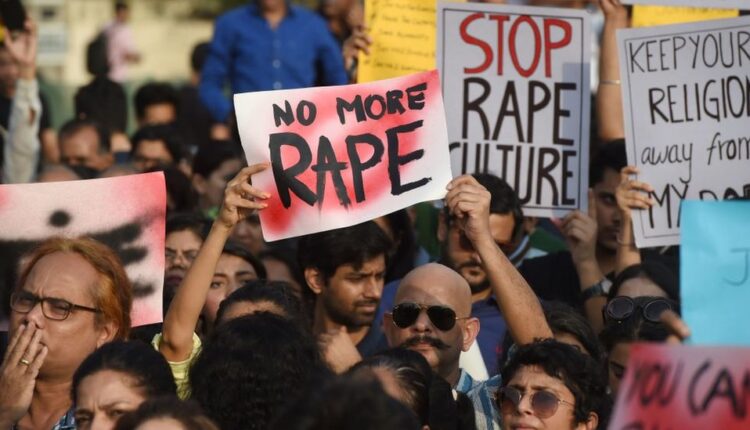 In another case of violence against women and children, a teenage girl was rescued after being raped for 22 days in Cuttack city of Odisha. The victim was reportedly from Jagatsinghpur district and had come to stay with her elder sister and brother-in-law in the Professorpada area of Cuttack about three weeks ago after undergoing her father’s mistreatment.

To much disbelief, she was asked to leave her sister’s premises since her brother-in-law did not want her at their home. On September 20, while waiting for a bus at OMP square in Cuttack, Santosh Behera approached her and promised to take her to the Badambadi bus stand. According to the police, the man instead took her to a friend (Raka’s) farmhouse near Gatiroutpatna. The girl was also filmed and threatened by her abusers. One of the accused has been arrested while a man-hunt has been instigated to trace the other.

“The youth and his associate Raka sexually abused the girl at the farm for 22 days. They also recorded the video of the incident and threatened to kill her or post the video on social media if she attempted to escape or dared to report the matter,” an official police statement read.

Currently, a case under sections 376 D( gang rape), 376 A (causing death to the victim), and section 34 (common intention) of the IPC and section 6 of the POSCO Act have been lodged against the accused. In contrast, opposition parties have once again come to attack the ruling BJD party of the state.

After the recent Hathras gang-rape incident last month, which caused national outrage against the rape of the 19-year-old Dalit girl in Uttar Pradesh, this harrowing incident has sparked fury among the people of Odisha. Today, India is listed amongst the world’s most dangerous places for women – with a rape occurring each fraction of minutes to thousands of unreported cases. Let’s recapitulate the rape culture persisting in the so-called ‘largest democracy of the world.’

One woman raped every 15 minutes in India

The National Crime Records Bureau’s (NCRB) released its ‘Crime in India’ 2019 report, which showed a sudden rise in the crimes against the women in the country. A 7.3% increase was witnessed with 4,05,861 cases of crime against women during 2019 compared to the 2018 statistics. The statistics indicated that one woman is raped somewhere in India every 15 minutes.

On the other hand, a woman is subjected to cruelty at the hands of her in-laws every 4 minutes.

The appalling data recorded 88 rape cases per day, amounting to 32,033 reported rape cases in the year. Contrarily, the country also recorded a decline of 0.7 per cent in kidnapping and abduction cases in 2019 over the previous year. However, women constituted about even as women and girls were victims in 78.6 per cent of such claims.

The infamous statistics have brought national attention to Rajasthan and Uttar Pradesh, which recorded the highest rape cases, 6,000 and 3,065, respectively.

While rapes in Kathua, Unnao, and Hathras have managed to catch the public eye, ensuring some form of justice to the victims undermines the under-reporting of such violence towards women.

Data released by the National Family Health Survey (NFHS) in 2018 has provided many insights into victims’ lives compared to the crimes recorded by the police and NCBR. According to experts’ various analysis, about 99% of the cases go unreported while only a minuscule of the remaining 1% manages to attract the much needed national outrage.

The survey conducted by NFHS covered over 700,000 women from even the nation’s most remote areas, and the results were nothing less than astonishing. Reportedly, an average Indian woman is 17 times more likely to face sexual violence at her husband’s hands than from other individuals. At the same time, it is vital to understand the enormity of the crisis since, even if the cases relating to marital rape are excluded, about 75% of the sexual violence cases never make it to the records.

Arguably, one must bear in mind that underreporting may be higher than the projected estimates since the data only provides information on women aged between 15 to 49 who have been subjected to such crimes. Furthermore, there is a possibility that the NFHS survey itself under-reports the extent of violence.

“Hang the Rapists” and Other Deterrent Solutions

As public outrage over rapes in the country grows louder, the cry for “hang the rapists” also amplifies. However, it is significant to bear in mind that nobody has been able to irrefutably confirm that the death penalty is an effective deterrent against rape. Additionally, in a country like India, where most rape cases are hushed and are primarily perpetrated by someone close to the victim, the possibility of getting justice and reducing the crime rate remains a far cry.

In cases such as these, the primary focus should be shifted towards ensuring strict laws against marital rape and assaults to encourage more active reporting of such crimes. The non-negotiable need of the hour is the call for improved literacy standards for both men and women. Moreover, including programs like sex-education in students’ curriculum are expected to educate the Indian populace on women’s changing roles in society and provide a safe space to address distorted views of masculinity.

The 2015-16 NFHS data witnessed a rise in the total reported cases after following the national outrage caused by the 2012 Delhi Nirbhaya case. It’s not the candlelight march that makes a difference in our lives; it begins at home, where we need to raise our children equal and respectful.