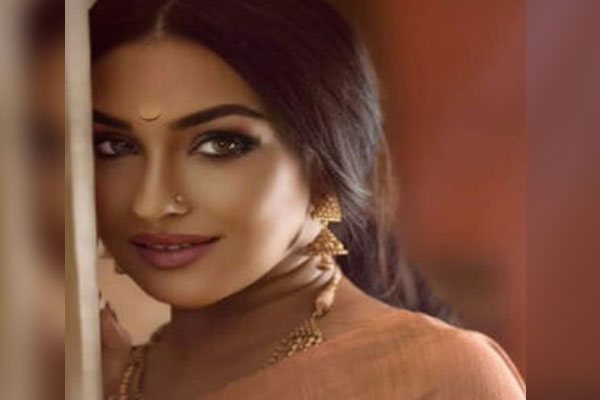 “Salt is a very sweet story about a couple where the woman is an artist and the husband is an engineer. The story covers a time frame of a few years, on how they learn from the world and come back to each other. Their relationship is sweet but comes with a pinch of salt,” she said, explaining the mood of her latest film.

“Initially, people used to eye Mumbai and would want to plunge into a bigger pool. That ambitious attitude was there in me too. I, too, had the aspiration to have a national presence. However, I got a national presence very early on in my career and gradually fell in love with my regional film industry. It gave me work and importance. I got a National Award for my work in my regional industry,” said Rituparna, who a National Award for her performance in Rituparno Ghosh’s 1998 release, “Dahan”.

For Rituparna, recognition as an actress from Bengal was important. “It became important to me that my regional industry should flourish. I became very attached and committed. I felt I had some responsibility, and it was riding on my shoulders to represent my region. That gave me the right impetus and lot of zeal to give Bengali cinema maximum attention,” she said.

“It’s not that I didn’t get offers at the national level. I did some films, too, but I didn’t want to neglect my regional language. I always felt that my language is so beautiful and we make such great films and that I come from the land of Satyajit Ray, Mrinal Sen, Bimal Roy, and Aparna Sen, who are already recognised globally. That’s where I also carved my niche,” she added.

As someone who has been facing the camera for 31 years across films in Bengal, Bollywood as well as the Telugu and Kannada film industries, she has cinema change constantly. New competition, too, has cropped up, though she continues to command a fiercely loyal fan base in Bengal.

Did insecurity ever creep into her mind? “I have an optimistic nature. I am not a person who looks at it in a narrow lane. I don’t follow rules of being insecure. I have actually immersed myself in so much work that I don’t feel that I have insecurity. I have been and I am still acclaimed as the top actress of my region but it didn’t give me the ego that ‘I am the best’, or a sense of insecurity that ‘what will happen if someone takes my place?'” the actress said.

How would she sum up herself? “I am a very normal person who believes that hard work is needed to accomplish things. I keep recommending good girls and boys from my industry. I have always felt that I have worked with determination and grit, that I also don’t want to let it go. Work has to be harmonious and it has to be teamwork. Everyone has their own talent and expertise,” she summed up.