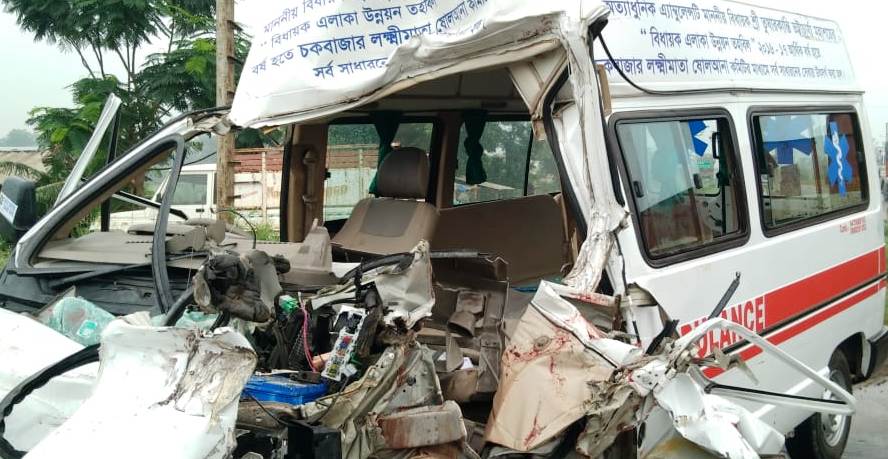 A container truck hit a trailer from rear on NH-16 near Bandal under Barachana police limits in Jajpur district killing the driver and helper of the truck.

Similarly, an ambulance carrying a patient from West Bengal to Cuttack collided head-on with a truck near Laxmannath tollgate in Jaleswar area of Balasore district, as a result of which one died and four others were critically injured.

In another road mishap, a truck hit a car from rear on NH-16 near Tangi tollgate in Cuttack killing an occupant of the car.